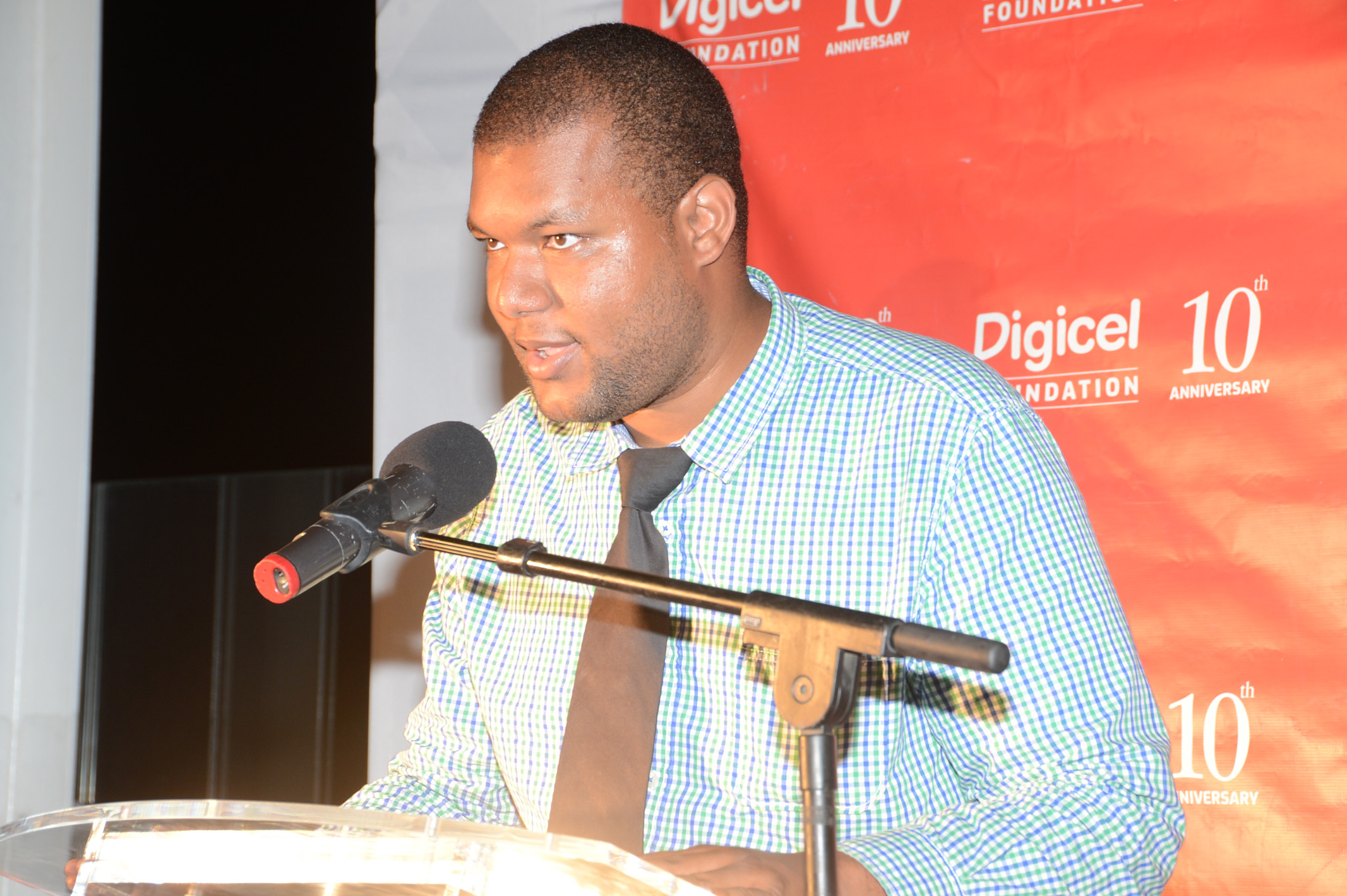 The keynote speaker got a standing ovation from dignitaries that included the Mayor of Kingston and senior executives among others.  He was neither a celebrity nor an orator – but all were moved by the speech of a 27-year-old man as he related his life’s journey. Chad Whyte, who was speaking at the launch of the Digicel Foundation 5K Run/Walk, has Asperger’s syndrome: a developmental disorder that affects a person’s ability to socialize and communicate effectively with others. He took the audience at the launch of the Digicel Foundation 5K through his school years, which were hard for him. “My mother told me that school was a safe haven for all children,” he explained. “During my prep school days this proved to be true. The fact that I was different from other children didn’t really affect me until I went to high school.  My disability earned me some of the worse treatment imaginable. I was picked on, called degrading names, physically hurt, abused and ostracized by most of my classmates.” Chad went on to explain the turning point in his life: “One day during one of my mom’s many talks or discussions she said, ‘Chad I thank you I appreciate you. Not once during your ordeals have you ever stopped or asked not to be sent back to school. A human person especially one with the challenges you have would have done so. You are no ordinary person.’ That changed my mindset about how I see myself.  With the love and support of my sisters, my parents, especially my mother,  who instilled in  me  that I was not cursed and that in spite of my disability I had value and worth. I built confidence and started paying attention to my personal life.” In addition to continuing his education, Chad has been an intern for the Digicel Foundation for two consecutive summer holidays.  They look forward to his time with them as he is a member of the team.  According to Digicel Foundation CEO, Samantha Chantrelle, “It is always a pleasure to come in and talk to Chad about how work is going.  He has grown so much over the time he has been with us and now can stand up in front of an audience and give a speech.” Chad closed by explaining something that many persons are yet to realize, “It does not matter if anyone else accepts you as long as you are willing to accept yourself,” he noted.  “Those of you out there ‘normal’ and challenged who are unhappy with the way that you are: self-acceptance is the first step toward true happiness.  Life is a gift and I respect and cherish it. So I am living my life like its golden.” The Digicel Foundation 5K for Special Needs raises funds for groups and extraordinary persons like Chad to help them reach their golden life.  Sign up for this year’s event through the Google Play App or www.runningeventsja.com.  Proceeds will go towards scholarships at 10 Special Needs institutions across Jamaica.