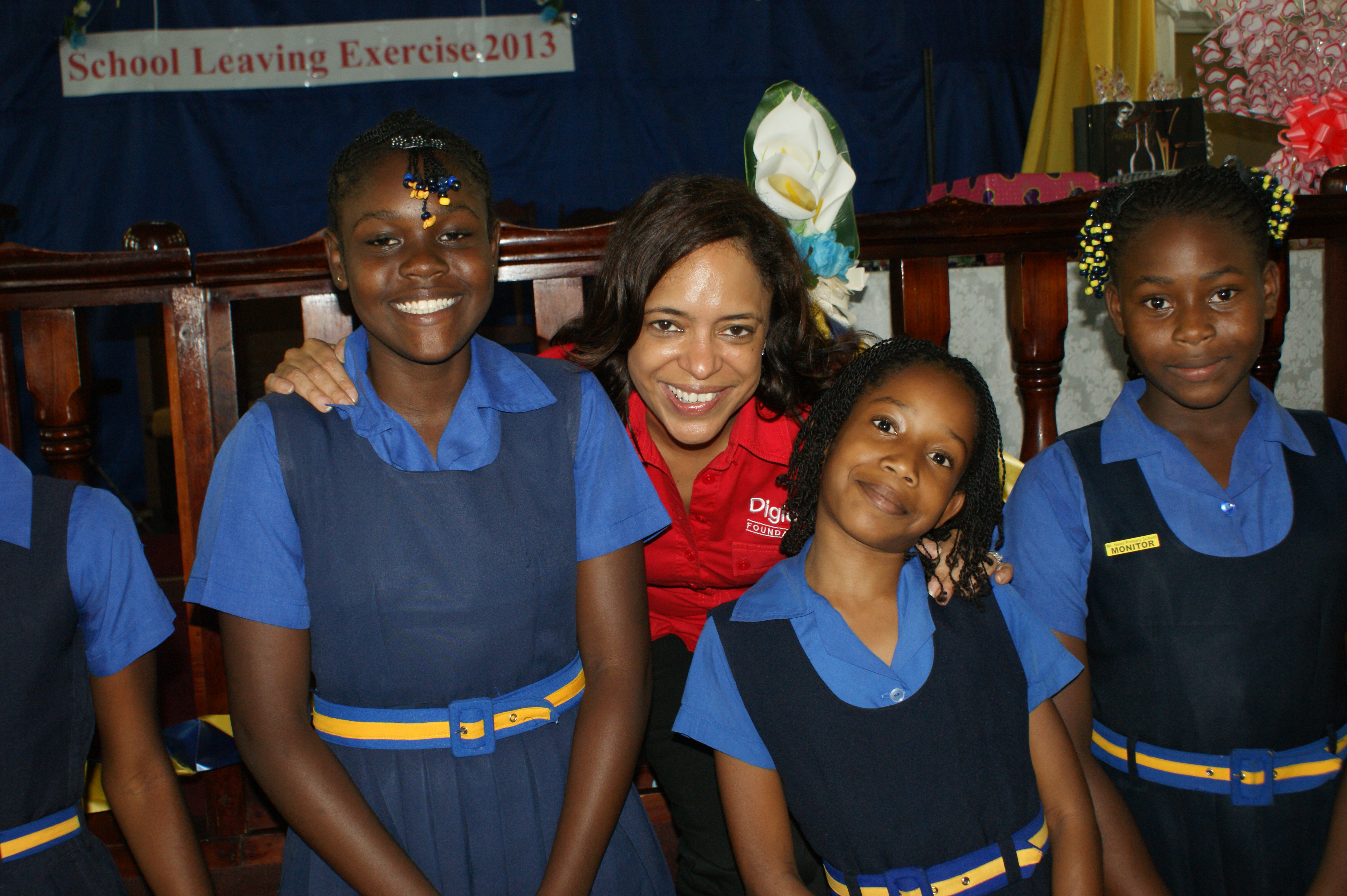 Mt. Nebo Primary school located in the hills of St. Catherine, received two new computers from the Digicel Foundation on June 26. This donation is part of the Digicel Foundation’s Project 1000. This is the same school that young Ajani Duncan, winner of a Digicel Facebook competition to meet Usain Bolt in April, attends. The meeting was in Bolt’s hometown in Trelawny during the handover ceremony of a multipurpose court to the Sherwood Content community. “Ajani was so excited! Even now he can’t stop talking about how got the chance to meet Usain Bolt,” noted Allison Martin-Duncan Ajani’s mother and Head of the Parent Teachers’ Association at Mt. Nebo Ajani met with Bolt in April, the same month in which Project 1000 was launched.  The initiative will provide one thousand early childhood and primary institutions across the island with Information Communications Technologies (ICTs) over the course of three years. Approximately US$375,000 will be invested into the project. Project 1000 is in keeping with the Foundation’s aim to meet the United Nation’s Millennium Development Goal of achieving 100% literacy by 2015. The ICT equipment will be used to provide additional educational resources to enhance teaching and learning in the classroom, specifically the teaching of Phonics and Reading. Computers are all preloaded with educational software and teachers are trained by the Camara Foundation to use these resources in the classroom effectively. During the past two years, both the Digicel and Camara Foundations have donated more than 750 computers islandwide. “This is a very good venture, especially for us being a school in the country. It is difficult for us to raise the funds to even buy one computer. I wanted to say a big Thank You to the Digicel Foundation and I encourage other schools to apply,” said Martin-Duncan. “The Digicel Foundation is very serious about improving literacy and numeracy levels at the primary level,” noted Samantha Chantrelle, Executive Director of the Digicel Foundation. “Once our children have a solid foundation in the basics, there is little that can hold them back. We have been involved with over 300 schools in the past nine years and we intend to increase this number with the hope of achieving 100% literacy over the next two years.” The computers though funded by the Digicel Foundation, are sourced and installed by the Camara Jamaica Foundation. A three year Memorandum of Understanding (MOU) was signed between the two Foundations earlier this year. "The Camara and Digicel Foundations' joint initiative, Project 1000, will improve education delivery for thousands of children by providing well-needed computers to 1,000 Primary and Infant schools across the island. Camara is very excited about this project as it represents the single most impacting technology project to be implemented in Jamaica's history. So far, Project 1000 has provided over 60 computers to 25 schools and trained over 50 teachers in ICT in Education," noted Karl Gaynor, CEO of the Camara Jamaica Foundation.