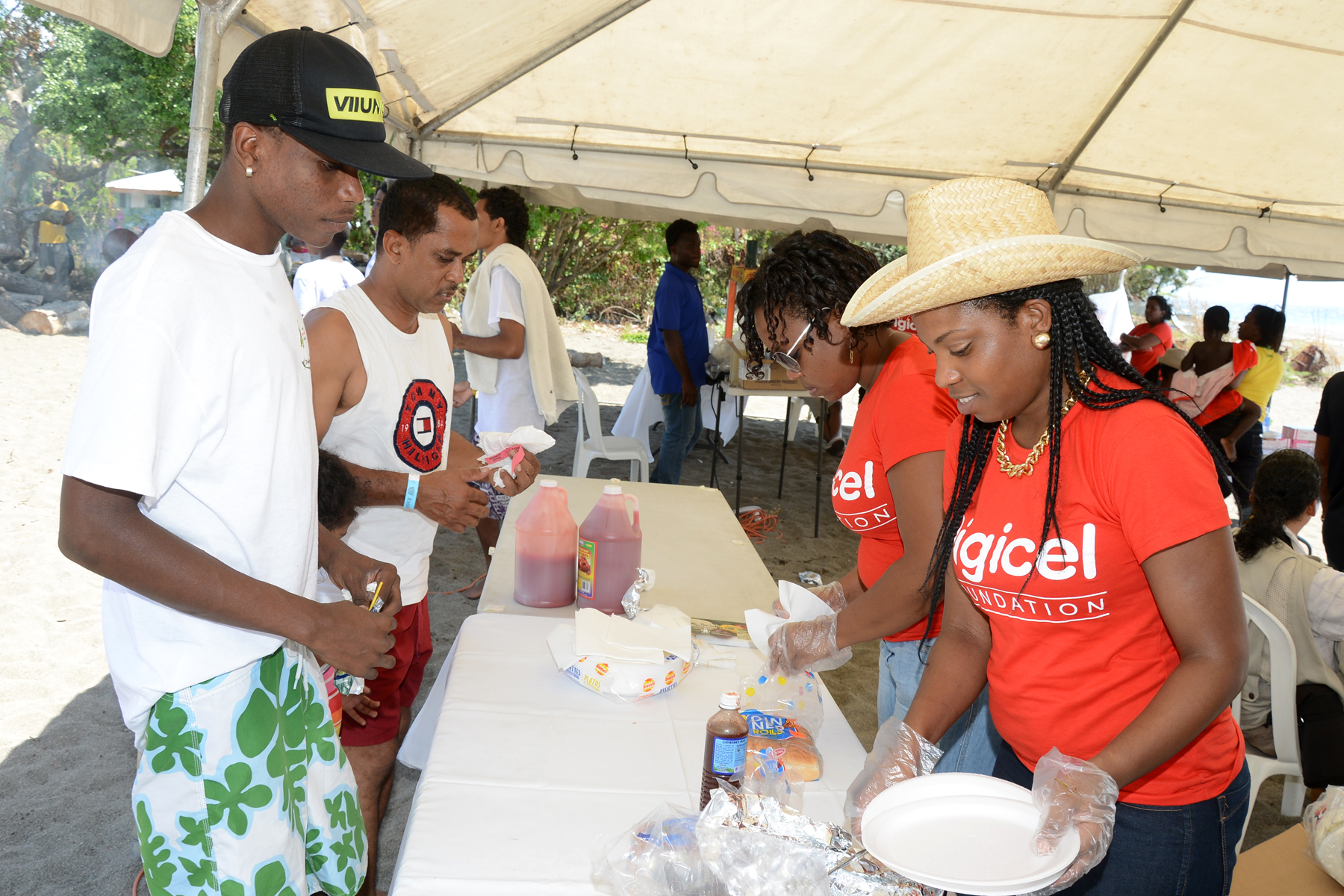 The Jamaica Autism Support Association (JASA), with the assistance of the Digicel Foundation, hosted a day of surfing for families with children living with autism for the third consecutive year at the Cable Hut Beach in Bull Bay.  The exciting, fun-filled event took place on Saturday, March 23, 2013. The third annual Surfing for Autism day saw some 100 children and their family members being given the opportunity to surf and interact with surfers from the Jamaica Surfing Association. Children were also given the option of playing in wading pools and on bounce-a-bouts or enjoying a number of other activities on the beach. JASA Co-Founder, Kathy Chang, said the event was important as it provided the children and their families with the opportunity to have fun in an environment where they would not be judged or stared at. “Because of behavioural challenges and other issues, these children don’t get to go out much. So we wanted to provide that environment where they can run free. We also wanted to have the families involved because they don’t often get a break either,” Chang said. She expressed gratitude to the Digicel Foundation for coming on board. She also thanked the Jamaica Surfing Association and the Rotary Club of Trafalgar New Heights for supporting the initiative. Autism is the world’s fastest growing developmental disorder. It is a lifelong disability with a normal life expectancy. Autistic children show delays or regression in speech, social skills and physical abilities. Approximately 450 children, including one in 60 boys, on the autism spectrum are born in Jamaica each year. Early interventions, such as speech, occupational and behavioral modification and physical therapies, give children a chance at a normal life. Digicel Foundation’s Executive Director, Samantha Chantrelle, said she was delighted that the Foundation was able to be a part of the Surfing for Autism initiative. “It has been wonderful. Just to be able to see these children happy and enjoying this carefree time they are sharing with their families is a real blessing,” she said. Chantrelle pledged that the Digicel Foundation will continue to stand behind initiatives that impact persons of the special needs community and bring stability to the lives of children living with autism and their families. She added that the Foundation recognises the importance of providing such opportunities, along with quality education and other first class resources. The activity-driven event at Cable Hut Beach also provided an opportunity for Digicel staff to get involved. Twenty of them volunteered to help set up for the event, organize registration, refreshments and engage in various exercises with the children. “We are proud to be a part of this and to be working with JASA to give these children such a lovely day,” Chantrelle said. “It is really special to see so many persons join hands and heart to make this happen. And the families are having a blast so it is well-worth it.” The Digicel Foundation supported Surfing for Autism in 2012 as well. It also supported the Light it up Blue Campaign to commemorate World Autism Awareness Day and Month. In addition, JASA was one of eight beneficiaries of the Digicel Foundation’s 2012 5k Night Run/Walk.