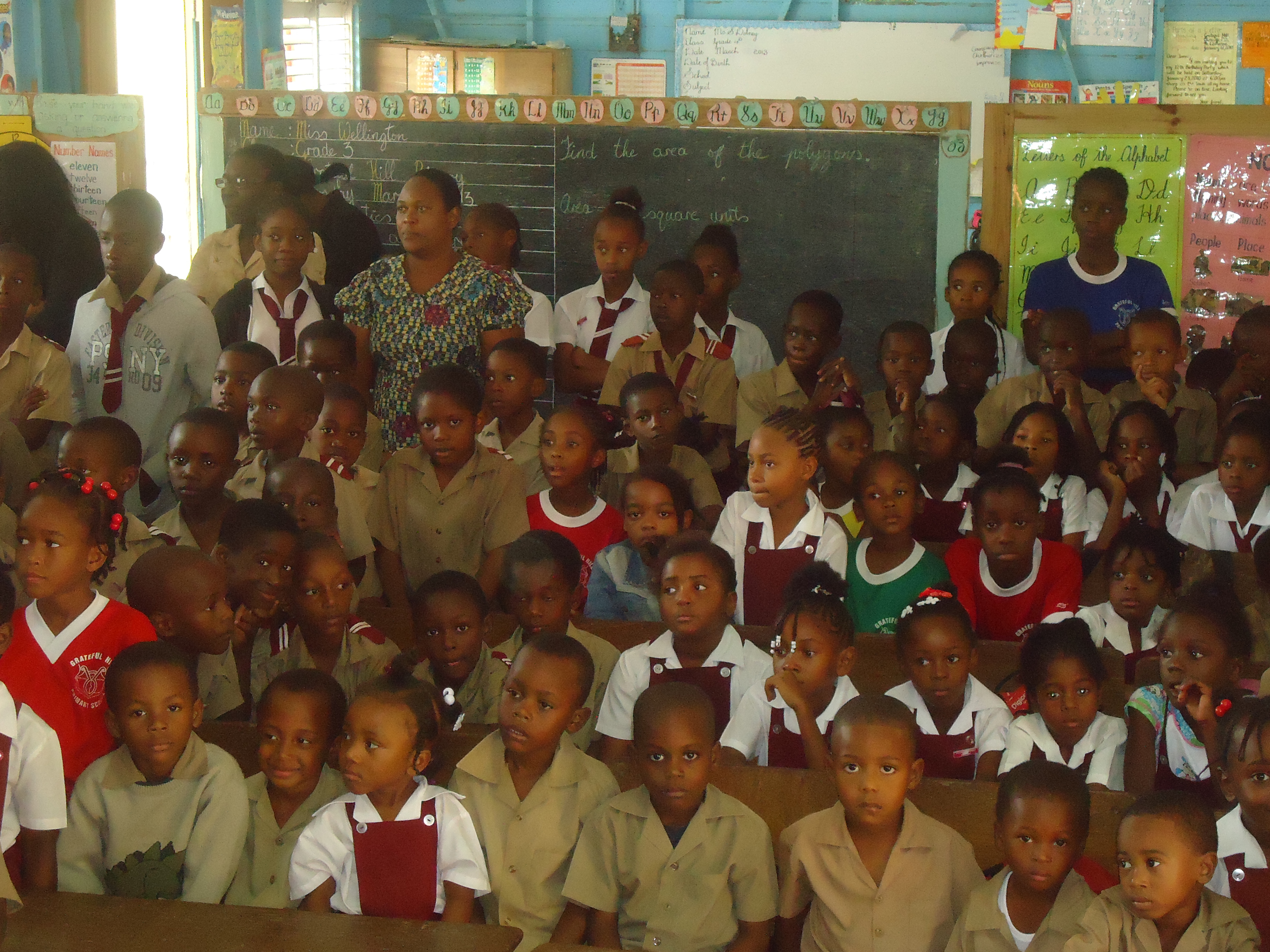 When the Grateful Hill Primary School principal Gregory Moodie, learnt that his school would be among 50 to receive mobile enrichment carts through the Digicel Foundation Enrichment initiative to boost literacy and numeracy levels, he was beyond excited. “When they informed me, I thought I was on cloud nine,” the excited principal said. He said the school, which is soon to be equipped with their cart following a training session, was in dire need of assistance. He was grateful that the Digicel Foundation stepped in to assist when it did, he added. Grateful Hill Primary, located in the deep-rural Glengoffe community of St Catherine, has been struggling to achieve high levels of literacy. Moodie reported that the school received a 48 per cent pass rate on the most recent Grade Four Literacy Test. He said that since he became principal of the school less than two years ago, he has been working to see improvements, and he believes the Mobile Enrichment Cart will significantly advance this drive. The principal continued, “We are very fortunate and blessed to be receiving such a critical tool, which is one medium to improve the literacy level of our land. We couldn't get a better gift from anybody than this literacy cart.” “And it couldn't come at a better time, because actually what we are doing as a team here, we really are trying to re-brand this institution. A number of professionals have passed through this institution, this is their molding ground, and we want it to get back to its former glory and beyond.” Fifty schools island-wide will receive Mobile Enrichment Carts from the Digicel Foundation, to the tune of $25 million. Each cart is equipped with a laptop loaded with literacy and numeracy software including Hooked on Phonics, Phonics Pad and Early Success. The carts are also equipped with a multimedia projector, copier/scanner, laser printer, audio speakers and a reversible whiteboard. Carts typically include Internet access courtesy of Digicel’s 4G broadband for the first year. The Digicel Foundation Enrichment Initiative, launched in 2009, is a joint programme of the Digicel Foundation and the Ministry of Education. In July 2012, to celebrate Jamaica’s 50th anniversary of Independence, the Foundation called upon the public to identify 50 deserving schools through its ‘Nominate 2 Educate’ campaign on Facebook. Grateful Hill was one of these schools which were nominated. Moodie said, with the calibre of students that are currently enrolled, there is much that can be achieved with the Mobile Enrichment Carts. He added that the carts will also be a great asset as due to the low socioeconomic status of persons in the community, many students are without textbooks. “So this is a wonderful gift and the school family is extremely happy. As a matter of fact the school name speaks for itself, we are mighty grateful, from Grateful Hill,” Moodie said good-naturedly. He noted that the school has already put plans in place to use the carts. A timetable has been created to ensure that every class will get a chance to utilise the material and a teacher has also been identified to man the reading lab and those students who need special attention will be referred for a more intense interaction. The principal anticipates that the students will be as excited as he is about the new equipment and will be motivated to achieve higher levels of literacy and numeracy. “This is what I admire with Digicel as it relates to education because they really try their utmost to facilitate and to improve education. Their logo speaks volumes, they are the bigger network, and I believe the reading cart will expand the school's horizon,” Moodie concluded.