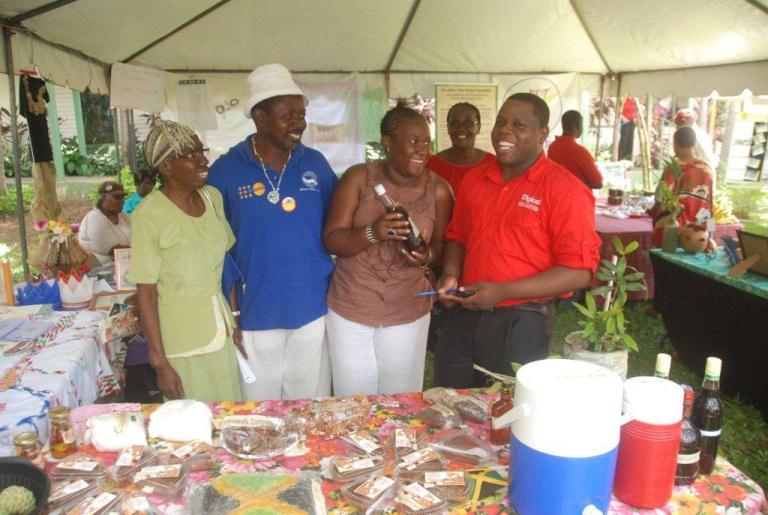 The top three winners of the National Best Communities Competition and Programme (NBCCP) were announced today at the Stella Maris Church Pastoral Centre in Kingston. Copping first prize was Treasure Beach, St. Elizabeth. This community will receive $2 million from the Digicel Foundation. In second place was Mount Peto, Hanover and coming third was Runaway Bay, St. Ann. These two communities will get $500,000 from the Jamaica National Building Society and $250,000 from the Tourism Enhancement Fund, respectively. In addition to the top national prize, Digicel Foundation awards $300,000, $200,000 and $100,000 to each of the 13 first, second and third place winners, respectively, at the parish level of the Competition. The three national winners were chosen from the following first place parish winners: Irish Town, Kingston and St. Andrew; Port Morant, St. Thomas; Balcarres, Portland; Jeffrey Town, St. Mary; Runaway Bay, St. Ann; Albert Town, Trelawny; Flanker, St. James; Mount Peto, Hanover; Petersville, Westmoreland; Treasure Beach, St. Elizabeth; Grove Place, Manchester; Curatoe Hill/Canaan Heights, Clarendon, and Bushy Park, St. Catherine. The NBCCP was launched in 2006 to encourage the development of sustainable communities through their involvement in a variety of activities that promote local governance, self-help and self-reliance. Of the 783 communities in Jamaica, 248, comprising 1456 districts, took part in the 2011-2012 competition. Cash awards are also given to selected communities in each parish, based on their work in the following areas: culture and heritage; youth development; community spirit and self-reliance; most beautiful; most improved agricultural practices; best kept facilities; best kept educational institution and best visitor’s experience. Of these, the Best Cultural and Heritage Programme prize winner was Grove Place, Manchester.  Best Youth Development Programme and Best Community Spirit and Self Reliance titles were presented to Mount Peto, Hanover; Grove Place, Manchester; Bushy Park, St. Catherine and Flanker, St. James. Most Beautiful Community, Most Improved Agricultural Practices, Best Kept Community Facilities and Best Visitor Experience prizes were awarded to Mount Peto. Best Kept Educational Institution prizes went to Mount Peto and Grove Place, Manchester. “The work achieved at the community level is an inspiration, and shows that as a nation we have the potential to become self-reliant,” remarked Samantha Chantrelle, Executive Director of the Digicel Foundation. She added, “In recognition of the tireless work of community members and in celebration of our 50 th anniversary of Independence, the Foundation has invested an additional $5million this year to support a Capacity Building Programme for 50 communities across the island.” For the past four years, the Digicel Foundation has served as one of NBCCP’s major partners committing $10 million annually to the Competition. This year the Foundation has invested a total of $15 million, bringing the total invested to date to $55 million. This year’s contribution supports the National Best Community Foundation (NBCF), the Capacity Building Programme, and prizes for winners at several levels in the Competition. “This competition and programme would not have been possible without our major partner, the Digicel Foundation, and other partners like the Tourism Enhancement Fund, the Social Development Commission and so many others including the Jamaica Observer,” noted Jacqueline daCosta, Chairperson of the NBCF.