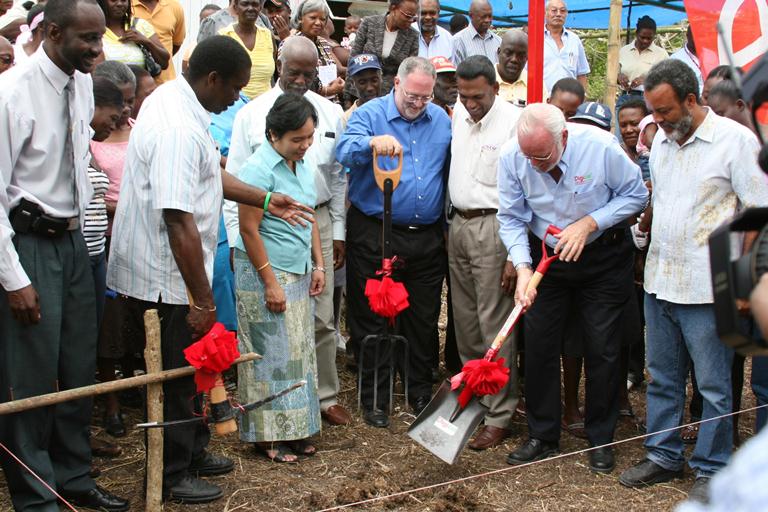 Digicel Foundation is congratulating the 14 parish winners and thanking all 248 communities for participating in the National Best Community Competition and Programme (NBCCP). The parish winners were announced this week. The NBCCP was launched in 2006 for the purpose of promoting nation building at the community level. It encourages communities islandwide to engage in sustainable development in a wide number of areas, including doing projects that create jobs and generate income. “These communities are living proof of our national potential in boosting our agriculture, preserving our natural environment, heritage and culture as well as educating our youth,” remarks Samantha Chantrelle, Executive Director of the Digicel Foundation, “As we approach Jamaica’s 50 th we are happy to have been a part of a programme that engages and encourages communities to be self reliant in preparation for the next 50 years.” The parish winners include: Irish Town, Kingston and St. Andrew; Port Morant, St. Thomas; Balcarres, Portland; Jeffrey Town, St. Mary; Hampton, Runaway Bay, St. Ann; Albert Town, Trelawny; Flanker, St. James; Mount Peto, Hanover; Petersville, Westmoreland; Treasure Beach, St. Elizabeth; Groove Place, Manchester; Canaan Heights, Clarendon; Bushy Park, St. Catherine. “With the prize money we want to build a nursing home” remarks Joyce Codner, President of the Albert Town, Community Development Committee, “sometimes we see the children that grow up here take their parents out of Albert Town, and these people in their 80s and 90s fret and die, because they are taken from their home town. If we had a place for them here in Albert Town they wouldn’t fret and die because they are here with their own people.” “We are very happy about this news,” said Rev. Inez Thomas, President of the Hampton Community Development Committee, “We are hoping to purchase a second shipping container that will be converted into a resource centre, where we will have computer classes and space to house budding entrepreneurs, like our community members involved in making almond punch, cushion and curtain making.” For the past four years, the Digicel Foundation has served as one of NBCCP’s major partners as the Foundation committed $10 million annually to the competition. Much of this funding is awarded to communities having won the first, second and third prizes in each parish. The Grand National Prize of $2 million is also awarded by the Digicel Foundation. In celebration of Jamaica’s 50 th Anniversary of Independence, a Capacity Building Programme for 50 of Jamaica’s communities will be launched by the National Best Community Foundation and the Social Development Commission. The Digicel Foundation has committed an additional $4 million to fund this programme. To date the Foundation has provided a total of $55 million in support of the National Best Communities Competition and Programme.