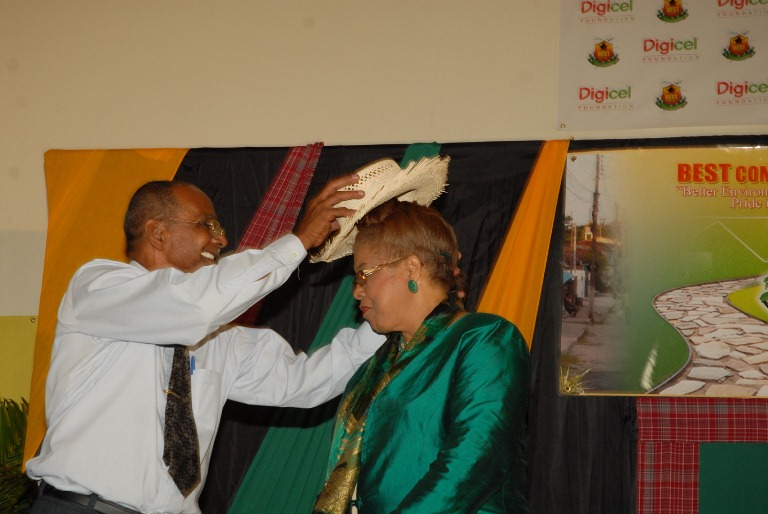 In keeping with its mission to build communities and community spirit in Jamaica, the Digicel Foundation has allocated $15 million to support the National BEST (Better Environments for Social Transformation) Community Competition and Programme (NBCCP). This brings Digicel Foundation’s support of the NBCCP to a total of $55 million since the programme’s inception in 2006. The NBCCP, a joint public-private initiative, was launched with the goal of fostering sustainable development through projects that promote self-help and self-reliance. These projects create jobs and generate income that is reinvested into the communities to fund both existing initiatives and the creation of new ones. Special focus is given to eight areas including: the built and natural environments; hazard mitigation and disaster preparedness; health and waste management; socio economic activities; heritage and culture; youth development and education. Eight Special Area Prizes are also awarded each year in every parish and at the national level. The Special Areas include Most Beautiful Community, Best Community Spirit and Self Reliance, Most Improved Agricultural Practices, Best Heritage and Cultural Programme, Best Youth Development Programme, Best Kept Educational Institution and, Best Visitor Experience. From the outset, the Digicel Foundation has served as one of NBCCP’s major partners. For the past four years, the Foundation committed $10 million annually, most of which was used for the First, Second and Third prizes in every Parish as well as the Grand National Prize of $2 million. A total of 154 prizes are awarded each year. This year in celebration of Jamaica’s 50th Anniversary of Independence, the Digicel Foundation will provide an additional $4 million to the National Best Community Foundation (NBCF) to fund a Capacity Building Programme for 50 of Jamaica’s communities. This programme will be carried out in conjunction with the Social Development Commission. The NBBCP is a non-profit organization whose staff provides support on a purely voluntary basis. In recognition of this, the Digicel Foundation has dedicated an additional $1 million to assist with some of its research and administrative activities. “We are dedicated to supporting the NBBCP, as there is a great need in Jamaica to not only develop, but also to maintain projects that foster and promote sustainability,” remarks Samantha Chantrelle, Executive Director of the Digicel Foundation. “The team is supported by the SDC, a major partner who works tirelessly to form and encourage communities to become more involved and self-reliant in the development of their communities. This is something that is very important to us at the Digicel Foundation and we will continue to do our part to support this very unique programme,” she adds. “This competition and programme would not have been possible without our major patron, the Digicel Foundation and our other supporters like the Tourism Enhancement Fund and others,” noted Jacqueline DaCosta, Chairperson of the NBCF. The 5th annual NBCCP is currently underway as judges prepare to travel across Jamaica to the activities of the various communities. The winners will be announced in August and approximately $17,350,000 will be awarded in prizes.