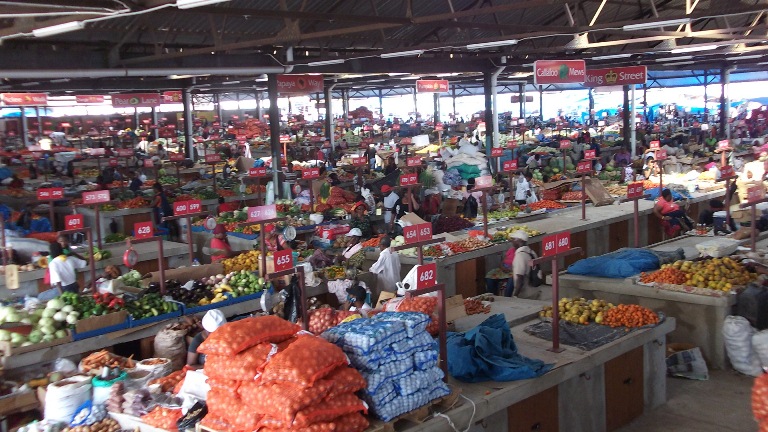 The Coronation Market in Downtown Kingston is one of the oldest landmarks in the Caribbean, but years of neglect for the market as well as the general downtown area, has seen the structure which holds so much of our culture and entrepreneurial spirit within its walls becoming an aged and dilapidated throwback to a bygone era. The Coronation market, which is an integral hub of agricultural micro-enterprising in Kingston, holds an incredible amount of potential which was not being realized because of the conditions – and the Foundation saw where help could be offered. In keeping with the Digicel Foundation’s mandate for community improvement as well as its commitment to the development of Downtown Kingston, the Foundation has invested over JAD$169 million to the refurbishing and equipping of the market over a period of two years.  With both phases of the project now completed,  the Foundation has repaired and replaced all the structural steel members, installed a new roof, a new floor and a new water system – which includes the collection of rainwater for re-use, while ensuring that the original structure of the market is retained. All bathrooms and offices have also been renovated, , old structures demolished new stalls and shops built . The market now boasts approximately 800 new shops and stalls—all equipped with apparatus for scales and much more. Thelma Hope, a Coronation Market vendor for over fifteen years, said she enjoys the improved spacing most of all. “Customers are more comfortable, they can see the produce from afar and get a proper feeling of who they want to buy produce from”, said Mrs. Hope, “when I mix that with my great customer service, the customers get all they bargain for. Another vendor, Ms. Maureen Treasure, stated how frequently she had overheard the other vendors commenting on how much of an improvement the new facilities are. The project also included the provisioning of two murals depicting the typical Jamaican market scene, signs, directories and scrolls. . Over 3,000 vendors are now able to use the efficient, clean surroundings while over 65,000 regular Coronation Market shoppers are joined by thousands more who will be lured by the new surroundings and the realization of greater value in the Coronation Market. Downtown is on its way back and the work being done at the Coronation Market signals the start of the journey.