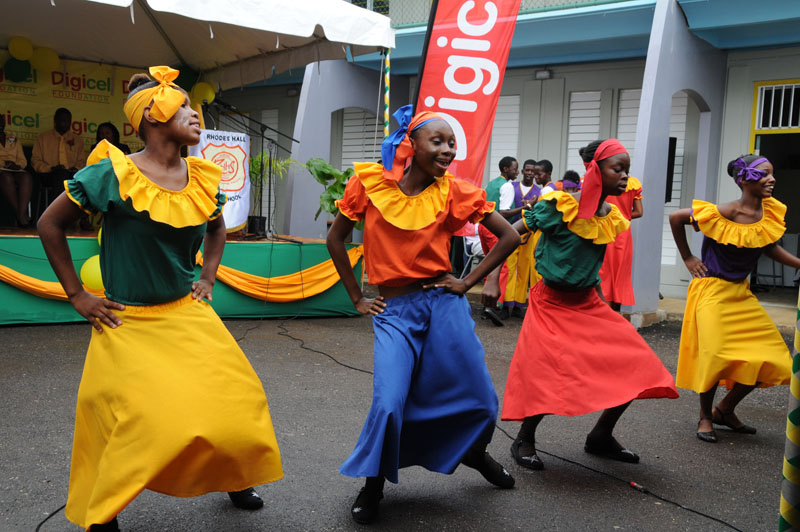 RhodesHall High school in Green Island, Hanover will host the handing over ceremony for its two resource rooms that were built by Digicel Foundation at a cost of 3.5 million dollars. The rooms were built to help the recently constructed school improve their literacy and numeracy rate, as well as help students become more computer literate.

Principal of Rhodes Hall High, Mrs. Loreen Aljoe, explained that the school has a literacy rate of about 50% at each grade level. She further pointed out that when the school started in 2006, 95% of the students entering grade seven were reading at or below the grade four level. Therefore, the school initiated a supplemental strategy that involved reading on the content area – which involved all teachers pooling their skills learned at college in teaching literacy and devising a strategy to help students overcome their literacy problems.

After two years of this intense programme, approximately half of the students reading ability have catapulted from a grade four level to a grade nine level. Furthermore, Ms. Aljoe indicated that the school has begun to use the facilities provided by Digicel Foundation, which involves several literacy softwares such as GeoSafari Phonics Pad, Master Reader, and GeoSafari Math Reader among other softwares and several desktop computers. The rooms also come with several chairs and desks, a fully functional air conditioning unit, an alarm system, slide projectors and coloured printers.

“School survey has shown that the students’ academic performance has improved since they started to use the facilities provided by Digicel Foundation,” added Aljoe, “Even students who have behavioural problems are settling down, attendance and punctuality have improved and, especially the boys, they are better able to function as a group, because the resource room calls for a lot of togetherness and group efforts”

The Rhodes Hall High resource rooms are seven of ten such facilities to be constructed and furnished by Digicel Foundation. The Foundation’s Administrator, Eleen Rankine, stressed that the Foundation is largely driven by educational development in both the primary and secondary schools. “We try to reach out to as many students as possible and building resource rooms across the island are only one of the ways of helping to solve the problem of illiteracy in the country. Not only will it solve this problem, but it will help transform the society on a national and global scale,” informed Rankine.

The literacy and numeracy centre is projected to continue helping students at Rhodes Hall High to improve in their Mathematical and Literacy abilities.