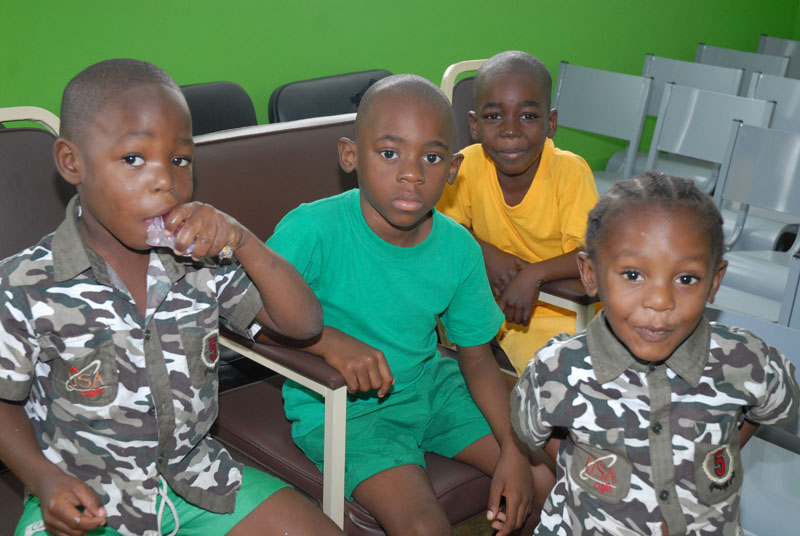 With the handover of the Flower Hill Basic School on January 11, the residents – and in particular the children – of the troubled St James community now have a proper facility for early childhood education, with all the benefits attendant on that development.

The new building was formally presented by the Digicel Foundation, which undertook the construction at a cost of some J$9 million. The project has had a somewhat circuitous history, having been previously initiated by a Netherlands-based volunteer service group called World Servants, but that process, as Digicel Executive Director Maj General Robert Neish explains, had several flaws with respect to approvals.

“The Foundation came on board in 2005 and had to get the various approvals, that is, from the Ministry of Education and the Parish Council before continuing.”

Now, with all that behind them, classes can be conducted and the school has moved out of the church basement from which it operated for the past several years. The initiative, he added, reflected the Foundation’s ongoing commitment to improving the lives of Jamaicans.

School principal Naomi Robinson said “I’m overwhelmed with joy that Digicel has come through for us, because we have been waiting so long for this. I really am grateful for all that the company is doing, not just for us, but for people across the island.”

The principal added that the new building is centrally located and gives a greater sense of security. She said the school was actually started by her mother in the late 1960s, and through faith and perseverance, they were now able to formally operate with all approvals.

Member of Parliament for the area, Dr Horace Chang, lauded the Digicel Foundation for its proactive stance in enabling the citizens to provide a solid educational foundation for their children, which he said was an important step in changing the character and fortunes of the community.

Mayor of Montego Bay, Charles Sinclair, also hailed the Foundation for its work saying the completion of the school building was a boon to the development of the community and the municipality as a whole.

The Digicel Foundation helps to promote self-reliance through its support for skills training, education, sports and other social programmes. Through these activities, the Foundation aims to build community spirit across Jamaica.

Other projects undertaken by the Foundation in Western Jamaica include:

· A J$3.3 million multipurpose Sports Complex at, and fencing of, First Hill All-Age School in Trelawny;