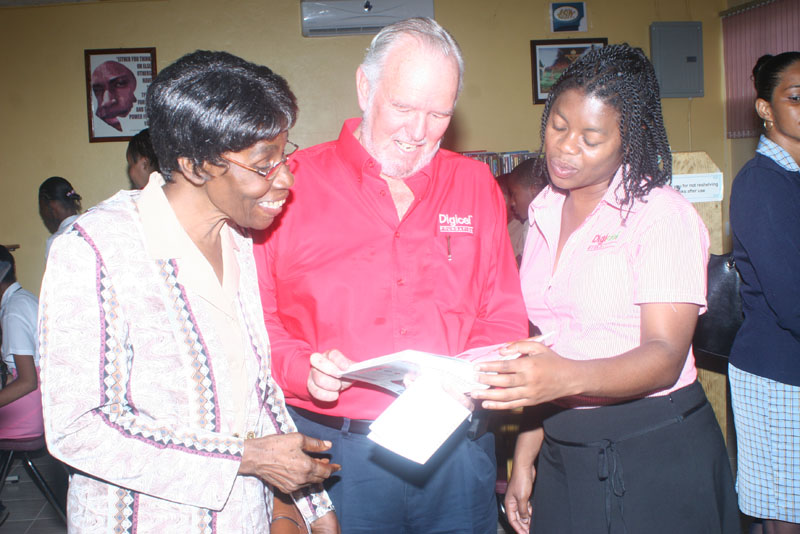 For students and other residents of the communities of Knockalva in Hanover and Savanna-la-Mar in Westmoreland, reading skills have been a serious issue for some time, with a high incidence of illiteracy. The main problem inhibiting literacy was the absence of proper facilities within these communities.

The Digicel Foundation, recognising the need, has responded, and Resource Rooms have been presented to the Knockalva Technical High School and the Savanna la-Mar Prep and High School. The total cost of the two facilities is $4.5 million.

The official handovers took place on Wednesday (November 21). The Yvonne Gallant Resource reading Room at Knockalva Technical and the Dr Lunett Wright Library and Resource Room at Sav-la-mar both replace temporary, makeshift structures which the schools had set up with their own resources. Both centres serve young adults in the surrounding communities as well as the students.

Executive Director of the DigicelFoundation, Maj General Robert Neish challenged the studentsto use the Resource Rooms in the pursuit of excellence and cited two recent successes, which he said, should inspire them.

First, the instance of Jesse Ripoll Primary in Kingston, which had become the number one school in their region in Reading and Literacy, through the use of the Resource Room funded by the Foundation. Also, the case of Jose Marti Technical, which had made the leap from a defunct typewriting programme to gaining a 100% pas rate in CXC IT exams, via the upgrading and refurbishing of the Data Centre.

In his remarks, Education Officer for the parish, Mr. W. Murray recognised the Digicel Foundation as a nation-builder and said the Ministry was thankful for the partnership with the Foundation, a partnership which was helping the Ministry fulfil its new mandate of equipping all High Schools with IT equipment.