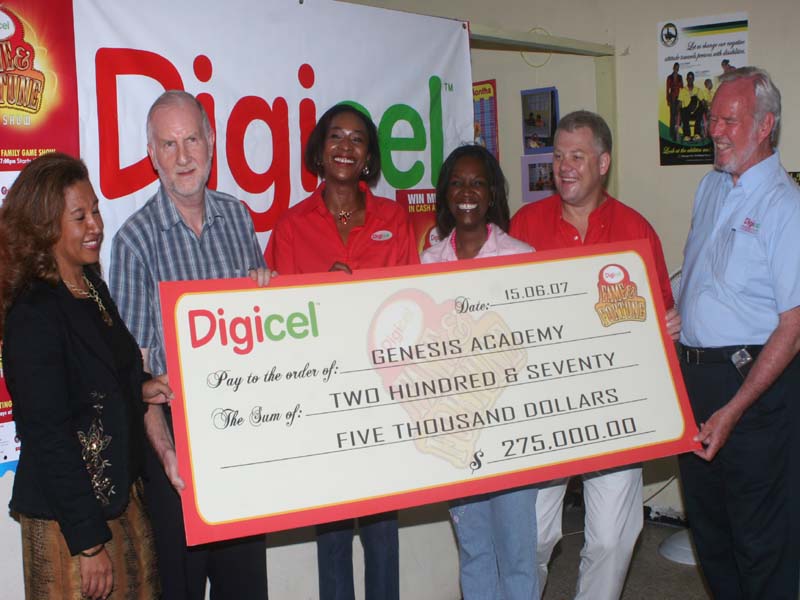 Amidst the frenzy of smiling faces and laughter of the children of Genesis Academy in St. Andrew, CEO of Digicel Jamaica, David Hall, and Executive Director of Digicel Foundation, Major General Robert Neish presented a cheque of $275,000 to the school’s directors on Friday, June 15.

The donation was funded by David Hall's winnings from the first Digicel Fame and Fortune game show, in which celebrity representatives of the show's eight sponsors played to win money for their charities of choice.

The Genesis Academy, which was opened in 2005, caters to students twelve to twenty-one years of age with special needs and disabilities.

CEO of the telecommunications David Hall said the company was delighted to contribute to such a very worthy cause, and the group felt privileged to be involved. He went on further to say he was glad for the opportunity afforded through the Digicel Fame and Fortune game show, to help the children.

He said the group along with the Digicel Foundation would make sure the programme grew from strength to strength.