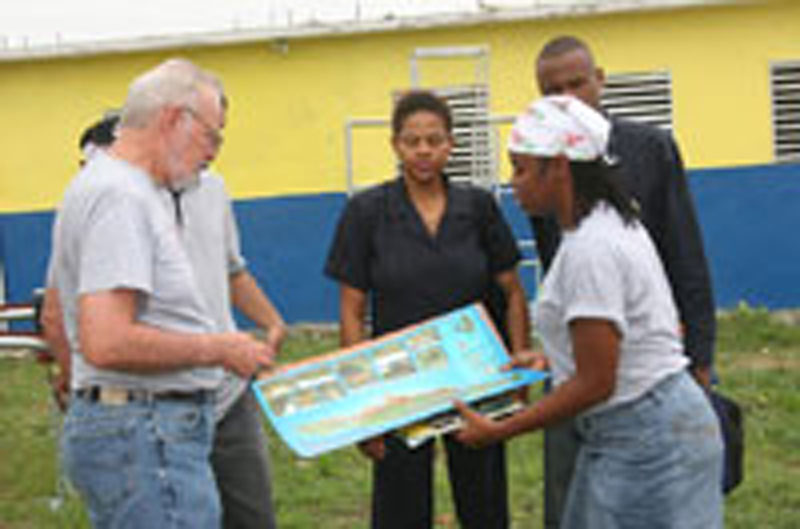 A bare, open, dusty field was the only thing that the toddlers and pre-schoolers at the Bailey’s Basic School in the marginalized community Riverton in Kingston could call a playground. Plagued by a lack of resources, the school and its environment were not only unsafe, but also lacked stimulation and comfort for students, both significant prerequisites for a fruitful and solid early childhood education.

Refusing to surrender to limitations, the school and the wider community became proactive about seeking help and in 2006, the Digicel Foundation answered the call, contributing J$1.5Million to rehabilitating and equipping of the school which will benefit approximately 250 children. The project included the erection of partitions for properly structures classrooms and a perimeter fence, as well as the installation of classroom doors, outdoor play equipment and a gazebo for recreational activities.

Members of the wider community namely, Riverton Meadows, Callaloo Mews and Shanti Town were integral in making the project a reality. Residents assisted with painting, planting trees and the general beautification of the school, which will serve the entire community.

Digicel established Digicel Foundation in 2004, to support community-based and community-driven activities. Among projects implemented by the Foundation are:
• Refurbishing and equipping two shipping containers, to be used as the Portmore Lane Advanced Centre for Education (PLACE).
• Constructing a physiotherapy unit and computer training centre for the Mustard Seed Communities’ Widow’s Mite Home
inMurray Mount, St. Ann.
• Establishing an information technology lab at the Jose Marti High School.
• J$5 million refurbishing and equipping of the Meteorological Services.
• $200 million donation to the National Hurricane Relief Effort after the onslaught of Hurricane Ivan.
• Setting up of a Chair in Telecommunications Policy and Management at the UWI
• J$9 million dollar upgrading of the sports and irrigation facilities at St. Elizabeth Technical High School.