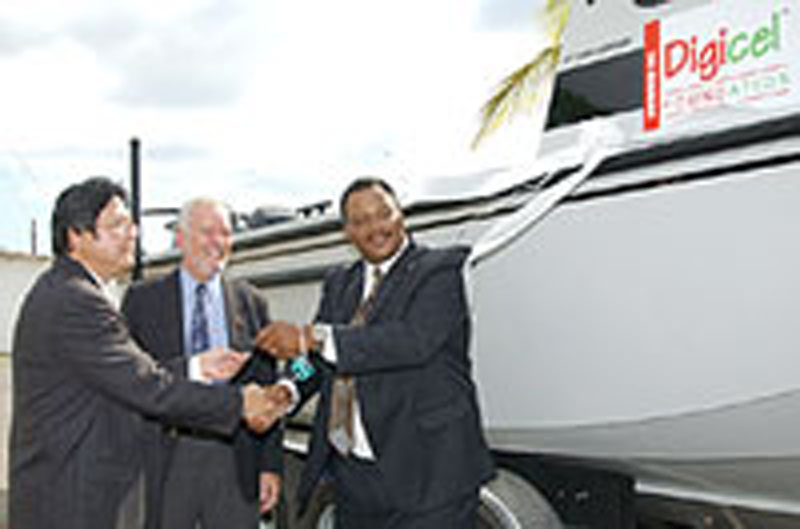 It Will Soon Get Easier To Reclaim Ghost Fish Traps

In making the presentation of the new boat, ‘Challenger’, Major General Robert Neish, Executive Director of the Digicel Foundation stated that the latest donation is “a great highlight of our(the Foundation’s) on-going co-operation with the Office of National Reconstruction”. He explained that the money is part of the $200Million allocated by the Digicel Foundation to the Hurricane Ivan restoration efforts across the island.

Major General Neish was speaking at the Official Handing-over ceremony of the new boat on Friday(May 6) at the Coast Guard Base, Port Royal.  The ‘Challenger’, is to be used by the Fishing Sector to locate missing fish traps and other fishing gears which get lost during turbulent weather systems, including hurricanes, storms, flooding.

He lamented that an estimated $2.3billion in damage to the island’s Capture Fisheries Support Services infrastructure was sustained, during Hurricane Ivan.  Expressing gratitude to Digicel Foundation for the boat which boats a 250 horsepower engine, the Director of Fisheries noted that because of the boat’s special design, it can go into areas with shallow water, through which other such vessels would find it difficult maneuvering , in their bid to assess fish stocks and marine systems.