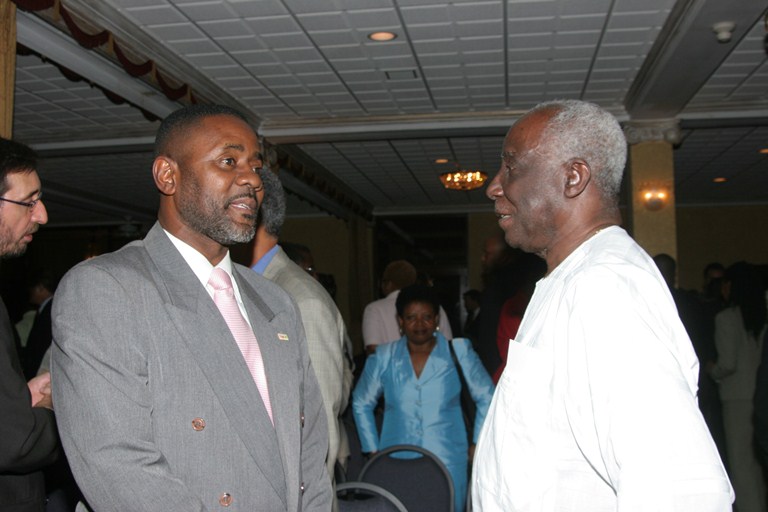 Jamaica Observer – Tuesday, April 12th 2005 THE non-profit Digicel Foundation has established a chair in telecommunications policy and management at the University of the West Indies, in an effort to encourage development and increased tertiary-level educational opportunities in the region. The announcement was made last Thursday evening, during a reception hosted by the university to honour partners of the Mona Campus. "It is the largest donation that we have had as a sponsored chair in the university," said Professor Kenneth Hall, UWI's Pro Vice Chancellor and principal of the Mona campus, as he commended the foundation for its effort. While he opted not to put a price tag on the value of the sponsorship, Professor Hall described it as "the most generous that we have received at the UWI". Harry Smith, the chairman of Digicel Foundation, told those gathered for the reception that the new chair is an example of the commitment that both the telecommunications company and its foundation had to the establishment of sustainable institutions in Jamaica. These types of institutions, he said, would help break the cycle of depending on external talent in the development and management of telecommunications policy and business. "The establishment of this chair in telecommunications policy and management is timely, as the boom in this technology has created a need for highly-trained individuals, skilled in all aspects of this growing sector," he said. The Digicel Foundation chairman explained that the new chair will be hosted by the UWI's Mona School of Business, and will provide learning opportunities for both undergraduates and postgraduates. "The programme, I understand, will provide training and research at the Masters and PhD levels, as well as contribute courses or modules to existing graduate and undergraduate programmes at UWI," said Smith. He explained that it would be a combination of taught courses, industry and academic seminars, publications and sponsored research. The move to establish a new discipline in telecommunications and management, a step up from being a Century Club member (a contributor of at least $1 million to the UWI each year), was a natural progression for both the foundation and Digicel, he added. "Digicel has been a member of the UWI Century Club from very early after our launch here in Jamaica, and this (chair) signals a deepening of our relationship with this institution," the Digicel Foundation chairman said. Digicel Foundation was set up to distribute and utilise resources for the sole purpose of building communities and the community spirit in Jamaica and the rest of the Caribbean. To date, the foundation has rebuilt the Lakes Pen Basic School in St Catherine, allocated $200 million towards Jamaica's Hurricane Ivan relief effort and provided recreational equipment for Arnett Gardens in Kingston and Farm Heights/Rose Heights in St James.