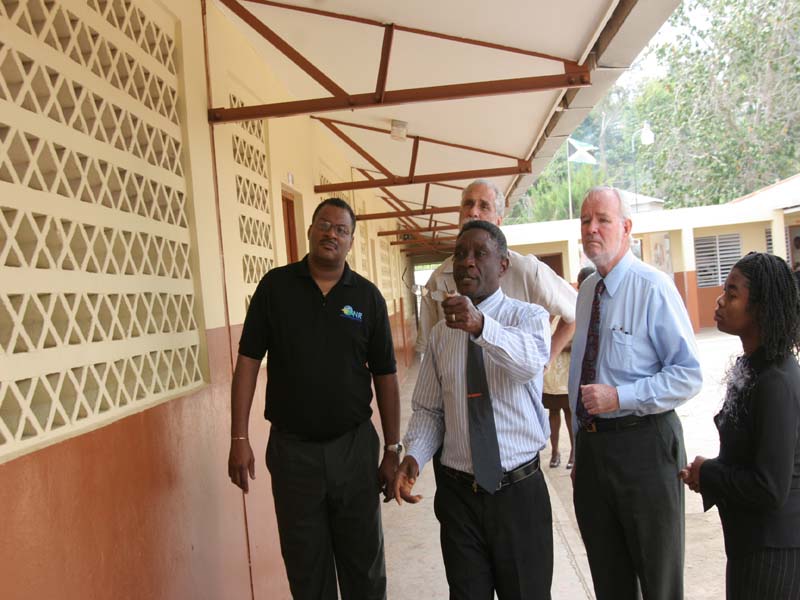 THE work of the Office of National Reconstruction (ONR), set up by government following the passage of Hurricane Ivan last September, has been extended by six months.

Danville Walker, who was seconded from the Electoral Office of Jamaica for six months to head the ONR as its chief executive officer, said yesterday that during the next six months focus would be put on the relocation of persons in low-lying areas devastated during the passage of the deadly category four hurricane. The areas include Rocky Point, Brighton, Portland Cottage and Old Harbour.

At the same time, the ONR will continue the clean-up of beaches, in conjunction with Jamaica Combined Cadet Force and the National Youth Service. Additionally, extensive work was being done on a number of fishing beaches, including restoring the gear sheds that house fishing boats, and the construction of sanitary facilities in some fishing villages.

Walker explained that six months originally slated to complete the islandwide reconstruction work would not have been sufficient, given the time it took simply to assess the damages done, and the timely mobilisation of the needed resources.

The ONR said yesterday that it had coordinated more than $3 billion in allocations to farmers and repairs to damaged infrastructure as a result of Hurricane Ivan.

The money does not include the more $6 billion in road repairs from land slippage and other infrastructure work being dealt with by the National Works Agency. Meanwhile, Walker said more than 700 schools were repaired but noted that a number of others were still being assessed.

"Before the end of this month I expect that all schools not yet repaired will at least be on the contract," Walker said yesterday during a press conference at the ONR's office in Kingston, where Digicel handed over $50 million for continued hurricane recovery efforts.

The $50-million donation was part of $200 million pledged by the company for hurricane recovery. Digicel had previously given $100 million of the amount, used to repair 196 schools, 45 of which had major damage.

Major General Robert Neish, executive director of the Digicel Foundation, said the $50 million will be used to restore equipment and buildings at the Meteorological Service, the Jamaica Society for the Blind, the Bustamante Hospital for Children and the Jamaica School for the Deaf. Other hospitals and a number of schools will also benefit, he said.