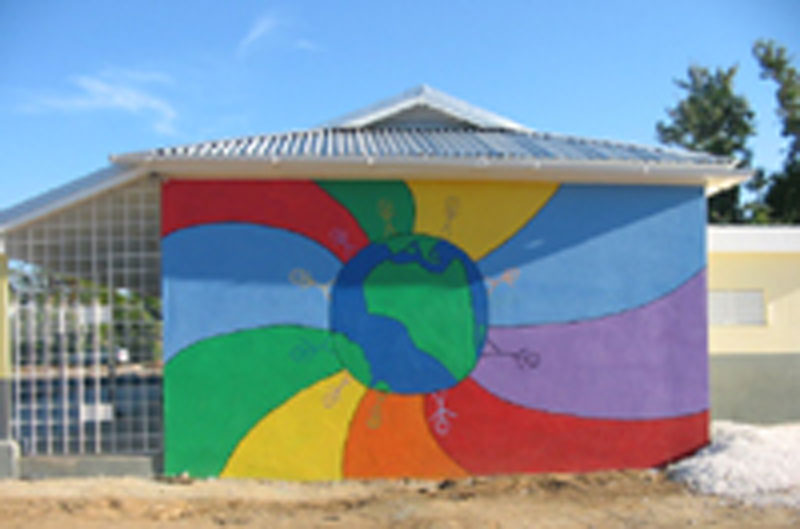 LAKES Pen, a poor community just outside of Spanish Town in St Catherine, has received a new basic school from the Digicel Foundation, a non-profit organisation established and driven by staff of the cellular provider.

The school was rebuilt through the combined effort of the community, Jamaica Social Investment Fund (JSIF) and the Digicel Foundation.

"We are very pleased to mark the speedy completion of the Digicel Foundation's first proactive undertaking in Jamaica," said Denis O'Brien, chairman of the Digicel Group and patron of the foundation. O'Brien, who was speaking at a function to officially open the basic school, said, "As a core value, Digicel believes in giving back to the community that has allowed the company to grow from strength to strength over the past three years.

"Our vision is to support projects that cater to educational, social and/or cultural opportunities that can inspire positive energy in young people leading to stronger self-sufficient communities."

Managing director of JSIF, Scarlett Gillings, whose organisation assisted in the project management, said she was delighted at the partnership between the Digicel Foundation and JSIF to create sustainable projects in communities like Lakes Pen.

Meanwhile, Harry Smith, chairman of the Digicel Foundation and commercial director of the company's local operations, said, "We wanted communities not only to benefit from the financial support of the Foundation but also from the skills, team work and dedication of our extraordinary staff in order for the projects to be truly sustainable."