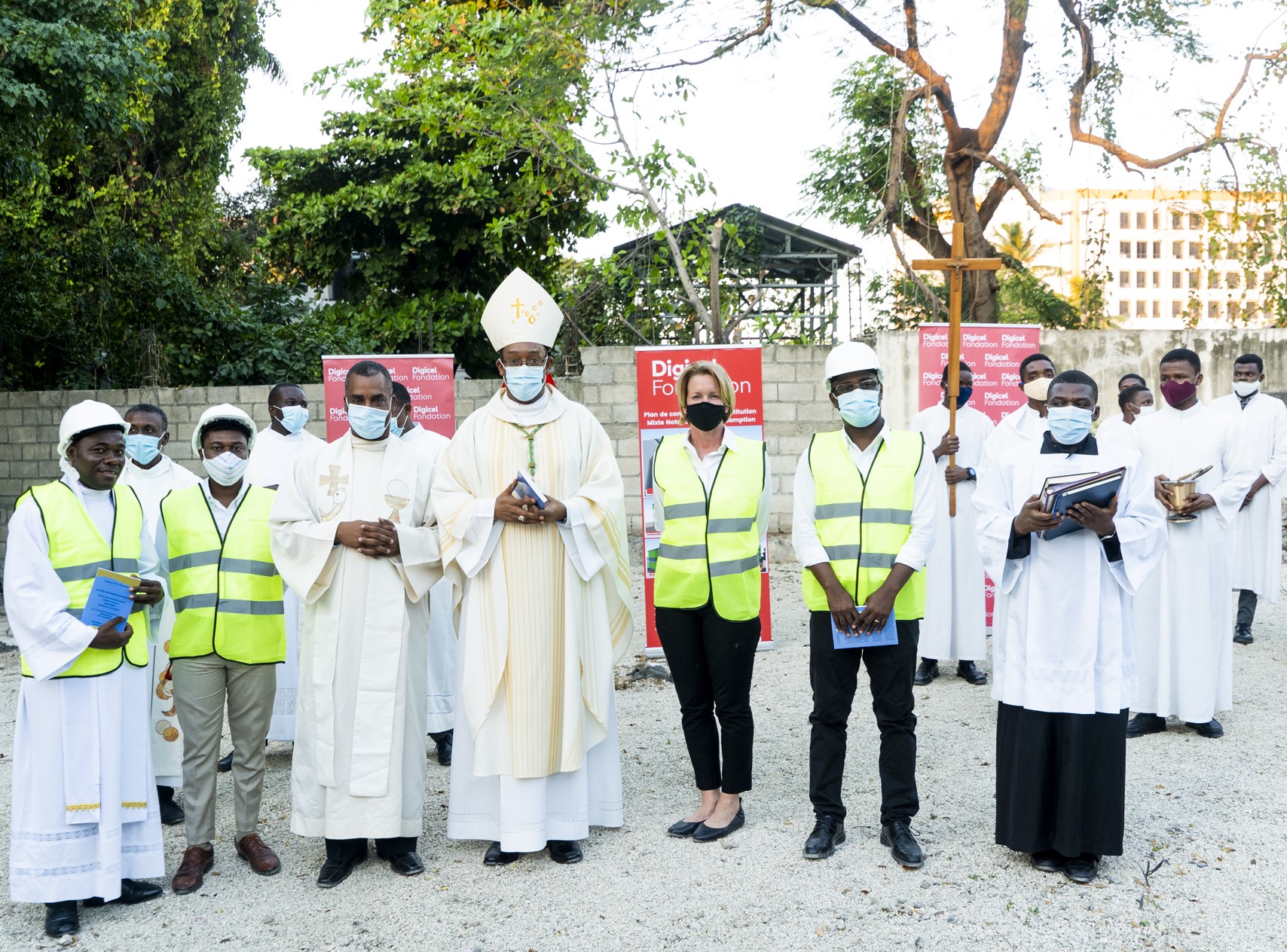 Port-au-Prince, HAITI - January 12, 2021: To mark the 11th anniversary of the devastating earthquake in Haiti, the Digicel Foundation in the presence of the Archbishop of Port-au-Prince and other guests proceeded with the ground breaking ceremony of Institution Mixte Notre Dame de l'Assomption.

January 12, 2010 will forever mark the spirit of the Haitian people and each year many activities are organized to honor the memory of those that lost their lives. To this end, the Montfortian Mission of the Company of Mary held a Mass for 11 of its deceased congregation members and took the opportunity to reaffirm its commitment toward social investments in the country. For 150 years, the congregation has been working on building parishes across the country, and in parallel, reinforcing the educational sector with its four schools in the North-West, North-East, Artibonite and West departments.

However, this Tuesday, January 12th, will not only be a day of commemoration, as it will mark the beginning of the construction of Institution Mixte de Notre Dame de l’Assomption, a school that was destroyed in the earthquake. In fact, for the past 10 years the institution has been operating in a borrowed space, far from the mission’s main offices. The Digicel Foundation will finance and execute the new construction that will include nine new classrooms, a sanitary block, the restoration of existing buildings which will be re-purposed to house the preschool, a library, an administration and a refectory. With a capacity of more than 400 pupils, this establishment located on rue Baussan, adjacent  to the Saint Louis Roi de France church, will comply with modern earthquake and para-cyclonic standards.

The 2010 earthquake greatly influenced the Digicel Foundation's decisions regarding its School Construction program. Hundreds of schools were destroyed, leaving an already fragile educational sector even more vulnerable. In response to this emergency, the Foundation launched a vast reconstruction campaign, first with modular buildings, then with permanent constructions. Prior to the 2010 tragedy, the Foundation’s construction program included 20 schools.  Today the number has grown to 182 and another four schools are currently under construction.

''The Montfortian mission of the Company of Mary since its arrival in the country in 1871, has prioritized the support of the underprivileged. Our educational institutions are accessible to the entire population and promote teaching based on moral and civic values that can contribute to a disciplined and community-minded generation," attests Father Jean Jacques Saint Louis, who is responsible for the Montfortian mission in Haiti.