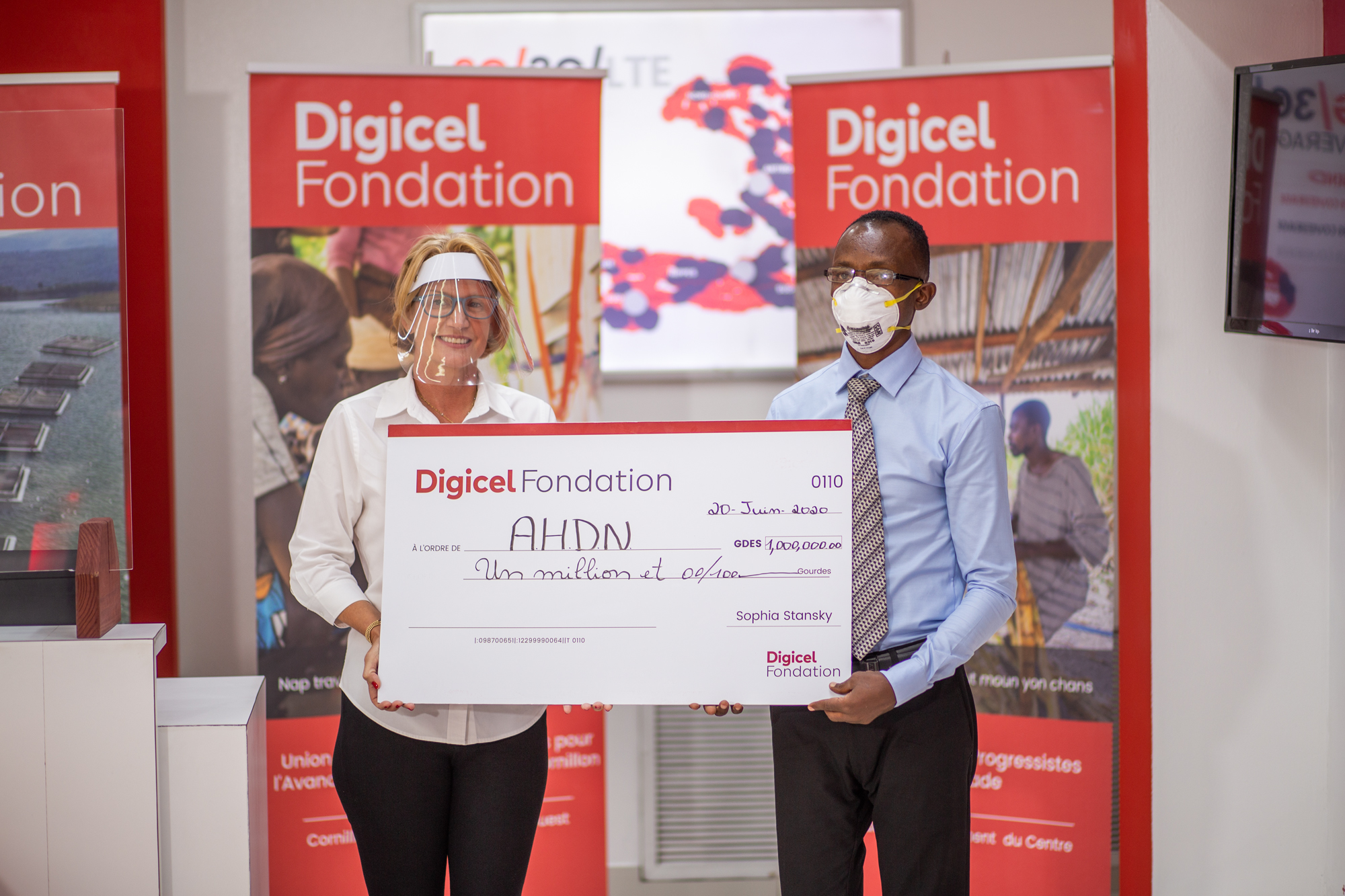 Port-au-Prince, HAITI – SATURDAY, 20 June 2020: The Digicel Foundation today wrapped up the third edition of its Konbit Pou Chanjman (Come Together for Change) campaign with award ceremonies hosted by Digicel’s Regional Managers held across the country’s departments in the presence of one representative from each finalist organization and local media.

As in previous editions, hundreds of applications were received and visits were made to projects throughout the republic.

Following the visits, a delegation composed of 25 finalist organizations presented their projects in front of a jury whose mission it was to determine those projects that could best impact the communities where the projects are to be carried out. These presentations took place in the Digicel offices in Port-au-Prince, where the delegation also had the opportunity to participate in training designed to reinforce their governance skills and to visit several projects financed by the Foundation.

Because of the health emergency linked to the Covid-19 pandemic, the customary final ceremony that was scheduled for last March had been cancelled. To remediate, it was decided to introduce a new format in order to remain faithful to the Foundation’s commitment to contribute to community development. As a result, the 15 winning organizations were informed, and each delegated a representative to take part in an awards ceremony in the Digicel store closest to their respective region.

During the ceremony this year, the finalists were pleasantly surprised to learn that they will receive a subsidy of 1,000,000 gourdes instead of the anticipated 800,000, as a result of the depreciation of the gourde with respect to the US dollar. In addition, this third edition was highly rewarding for the other 10 finalists because it was decided that in addition to the 1,000,000 gourde financing offered to the 15 winners, the other finalists will each receive 250,000 for the implementation of their projects, on a revised budget.  Hence, the sum invested by the Digicel Foundation totals 17,500,000 instead of the 12,000,000 gourdes initially planned.

Digicel’s regional managers took advantage of this ceremony to launch the fourth edition of the Konbit Pou Chanjman campaign. Interested organizations have until August 26, 2020 to submit their projects. Application forms are available online, in all Digicel stores, and can be submitted in person in stores or electronically to the address: Fondation.projet@digicelgroup.com.

"It's a joy for us to receive, for the first time, financing to carry out our projects at Lac Péligre. With this financing we were able to build 8 cages to contain 1,200 fish. Also, profit from the sale of these fish will ensure the operation of our network of eight schools," said Jean Robert Séjour, manager of ACEDLP, an organization founded in 2005 in the Centre department, one of the winners in the second edition of the Konbit Pou Chanjman campaign.

"This campaign is now an annual event highly sought after by non-profit organizations because the difficulties that the communities face are very tough. In addition, the presence of Covid-19 in the country threatens to affect them. With each subsidy, we aim to contribute to the development of the country and through the decision of offering financing to the other finalists, we wish to show them that they are not alone in believing in their dreams and in a stronger and more prosperous Haiti. I wish them success in their work as we turn toward the fourth round in which we are eager to finance projects" said Sophia Stransky, CEO of the Digicel Foundation.