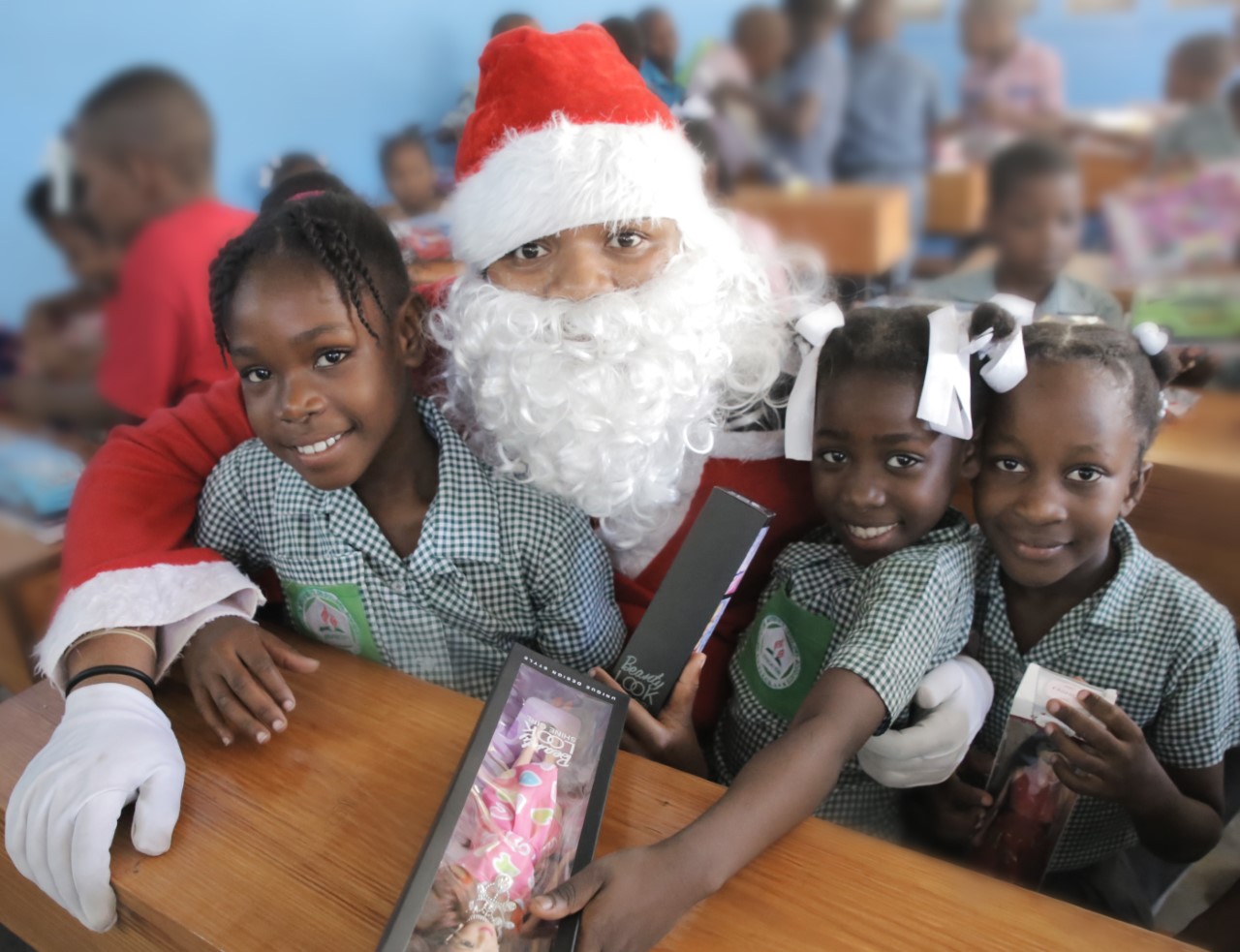 The Digicel Foundation continues its multiple traditions for celebrating the end-of-year holidays. Throughout the month of December, it has sponsored a series of activities in its Christmas campaign to distribute gifts in the various schools spread throughout the 10 departments of the country.

December 6 marked the launch of this Christmas campaign in the company of Digicel employees and once again, the spirit of sharing was present at the meeting. On that day, a Christmas fair was organized for employees to give them the opportunity to contribute to a collection of more than 4,000 gifts for students of 10 schools built by the Foundation.

Throughout the years, with to the support of Digicel employees, more than 21,000 gifts have been distributed to several thousand students. This year again, gifts were distributed in remote areas such as Trou-du-Nord in the Nord-Est department, in Bainet in the Sud-Est, and at Jérémie in the Grand ’Anse, but also in the metropolitan region where gifts were distributed on December 17 at the Ecole Bon Samaritain in Croix-des-Bouquets. It is important to note that for years employees in the regions have also participated actively in gift distributions at schools in the provinces.

Within the framework of this campaign, the Digicel Foundation has paid particular attention to the Hôpital Bernard Mevs, which has experienced serious financial concerns, with the goal of showing solidarity. For this purpose, funds were collected among employees and each gift will be matched by the Foundation.

“Let’s hope that this solidarity and spirit of sharing, which have always characterized the Haitian people, will be with us throughout this holiday period. The Digicel Foundation on every occasion reaffirms its will to support communities throughout the country and hopes that each gift offered will bring joy and hope to each child as we extend our wishes for happy end-of-year holidays,” declared Sophia Stransky, Executive Director of the Digicel Foundation.