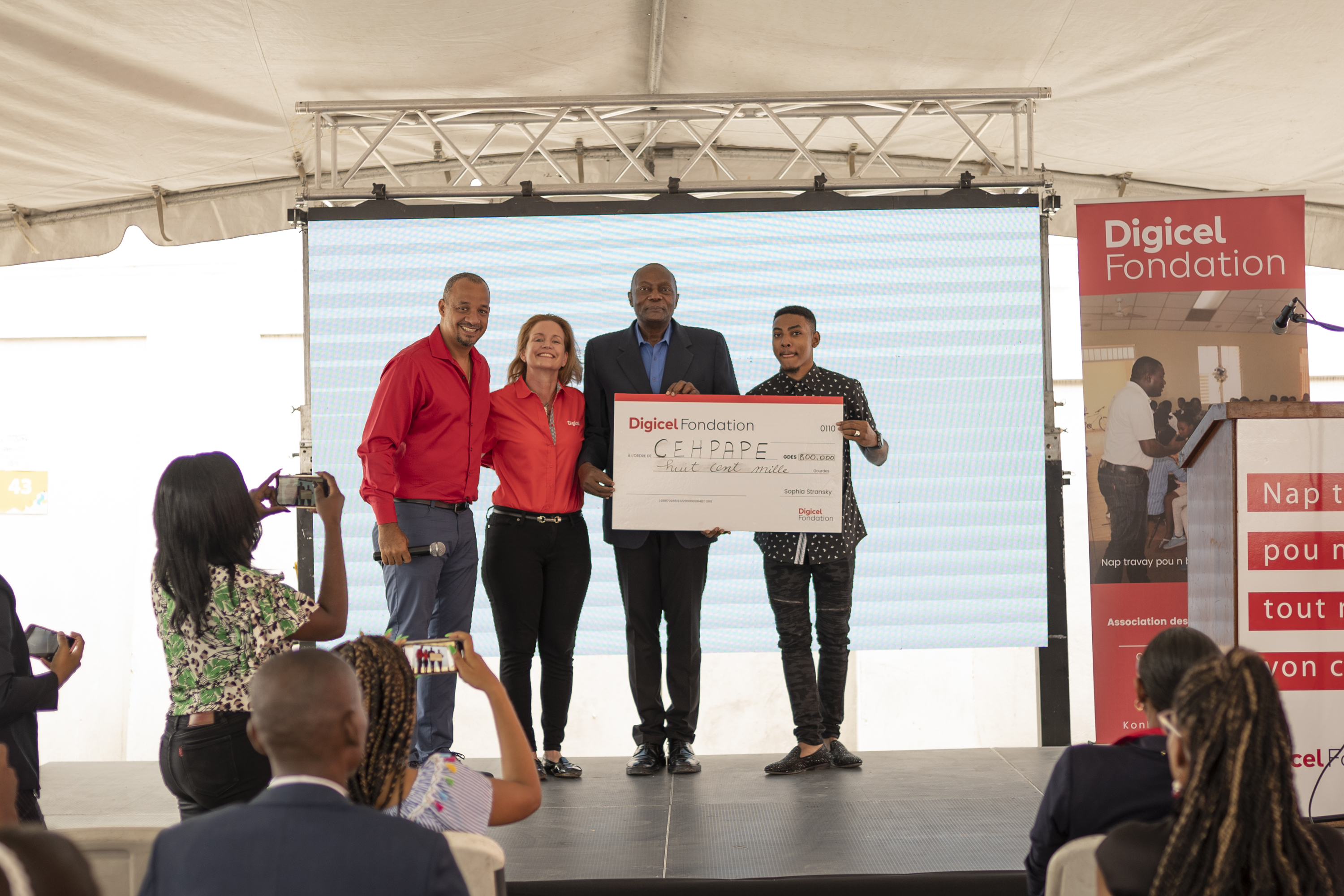 May 22, 2019, Port-au-Prince, Haiti -  The Digicel Foundation today announced the third edition of its Konbit Pou Chanjman (Come Together For Change) campaign during a press conference organized at its headquarters in Turgeau.

"Konbit Pou Chanjman" is a community development initiative established on the occasion of the 10th anniversary of the Digicel Foundation in March 2017. Through the first two editions, more than 750 grant requests were received from the ten departments of the country and already 20.5 million gourdes have been invested in the 57 winning projects that have been implemented.

As a result of past editions, with the impact of projects in the works, and those already accomplished in various communities, the Foundation judged it imperative to continue the campaign; it plans to subsidize up to 800,000 gourdes each to 15 non-profit organizations around the country. The candidate organizations will have the possibility of submitting at most two projects among the following categories: education, culture, inclusion, livelihoods, access, and disaster prevention.

During the press conference, The Digicel Foundation took the opportunity to present a symbolic check to three of the sixteen organizations that won in the second edition of Konbit Pou Chanjman. Simultaneously, regional Digicel managers also organized press conferences for today in the nine other departments to symbolically present checks to the other winning organizations.

At the conclusion of this event, the Foundation introduced HELP and Special Olympics Haiti, two of the various partners that it has financed for several years. HELP gave a brief overview of the training that it gives to youth who have finished their traditional studies by providing academic scholarships. The Special Olympics presented its work to promote the integration of people with special needs.

Sophia Stransky, the executive director of the Foundation said, "Haitian communities already know their weak points. We, at the Foundation, want to give each of them the means to implement their projects."

At Digicel, we encourage social engagement among our employees. This is why each employee has at least one day OFF to devote to a volunteer project. In this spirit we launched “Kore Konbit Pou Chanjman" to allow two employees who support a non-profit organization to gain financing of 400,000 each to implement a community project," she continued.

"We wish success to all applicants in this new edition and we are eager to meet other organizations who work full speed ahead for the progress of their communities," added Mrs. Stansky.

Any organization that wants to participate must have a three-year history and provide the following information:

It is very important to keep in mind the following dates: