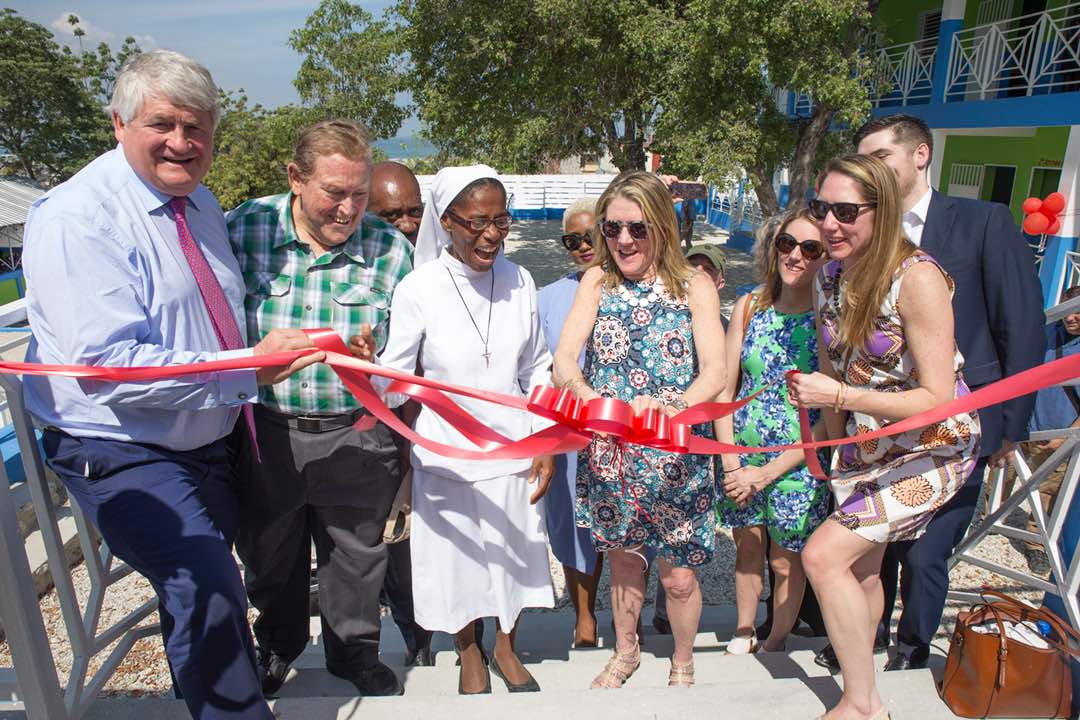 Tuesday March 20, 2018, Port-au-Prince, Haiti - The Digicel Foundation this morning opened the Ecole Nationale Congréganiste Notre Dame du Perpétuel Secours located in Bel Air in the Ouest department, in the presence of Mr. Denis O'Brien, Patron of the Foundation, and of numerous local authorities.

This national school, entirely managed by the Congrégation des Filles de Marie Paridaens [Order of the Daughters of Marie Paridaens] was completely destroyed by the 2010 earthquake. Fifteen sisters lost their lives at the site, which also housed their principal residence; luckily no students were present during the earthquake.

This school, which had operated out of hangars since that time, was rehoused eight years later by the Digicel Foundation, in a building with 12 entirely furnished classrooms, an administration wing, sanitary facilities and a refectory, for a total of about US$450,000. The school serves more than 600 students from first to ninth years of elementary education.

This school will be dedicated to the 15 sisters who perished in the earthquake and to Kevin Kearney, who had been a member of the Board of Directors of Concern Worldwide US since 2001, and who died in 2015. Kevin embodied the ethics of the organization: "Do the most you can, for everyone you can help, for as long as you can." We remember him affectionately for his unbelievable leadership, his untiring devotion to community service, and his extraordinary capacity to bring people together around causes he believed in.

This 175th school, officially opened on the occasion of the 11th anniversary of the Foundation, thus completes the construction program of 25 new schools, a commitment undertaken by Mr. Denis O'Brien on November 19, 2014, at the unveiling of the 150th Foundation school in Saut d'Eau. Through the Foundation's efforts, over 60,000 students attend school in buildings that meet international seismic-resistant and hurricane-resistant building codes.

"We have been contributing to the improvement of living conditions in this country for 11 years now. We are happy to have chosen education as our primary sector and we are certain that the students and teachers who have been with us in our various programs will provide a major contribution to the country’s development," declared Mrs. Josefa Gauthier, Non-Executive President of the Digicel Foundation.