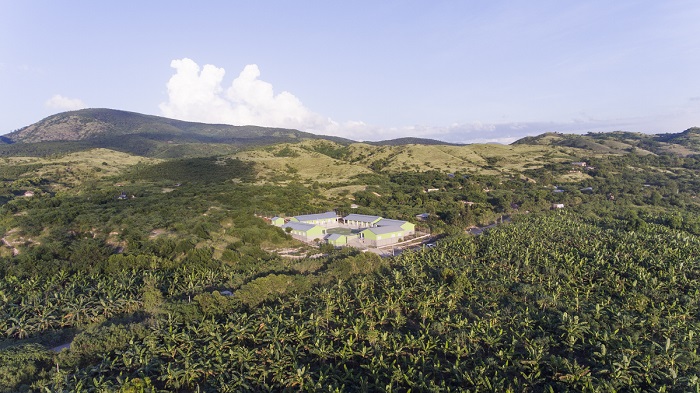 In honour of PJ Mara

Port-au-Prince, Haiti – Friday 26th January 2018. The Digicel Haiti Foundation this week opened the PJ Mara de Jolivert National School located in the commune of Bassin Bleu in the Northwest department. Founder of the Digicel Foundation, was in attendance along with a delegation from Ireland and numerous local authorities including the Departmental Director of National Education, Mr. Yves Félizaire. This school is a special project dedicated to the memory of Mr. Patrick James Mara, member of Digicel Group’s Board of Director, who passed away in 2016.

Founded in July 2011, this school, which was operating in a makeshift shelter, is now lodged in new earthquake-resistant and hurricane-resistant premises. The school has 11 classrooms that can accommodate more than 400 students, an administrative building, a computer lab, a library, a sports field, a kitchen, and a warehouse, as well as bathroom facilities. This institution, which cost almost US$500,000, is the 174th school built by the Foundation since its inception. It serves the community of Jolivert, which lacked a school structure that conformed to international building codes. As a result of this latest addition, the number of students that attend schools built by the Foundation in Haiti now totals 60,000.

Commenting on the opening of the school, Denis O’Brien, Chairman and founder of Digicel Group and Patron of the Digicel Haiti Foundation, said; “Education provided in a safe, friendly and conducive learning environment is the bridge to a brighter future for Haiti’s children and we are so happy to be doing what we can to help these children realise their enormous potential. Dedicated to the memory of my great friend and colleague PJ Mara who had a particular fondness for and affinity to Haiti and its people, the PJ Mara de Jolivert National School holds a special place in all our hearts.”

Believing firmly that agriculture also constitutes one of the pillars of the country’s development, the Foundation, in collaboration with the school Principal, Mrs. Loutte Yvette, started a “School Garden” programme to teach students about and involve them in national agricultural production. Starting with preschool, students will learn to plant vegetables and fruits, to grow them, and to harvest their own produce - a part which will be used for the school canteen and the remainder of which will be sold by the school administration with the revenue contributing to the school’s maintenance.

“We are happy to be able to offer this new school to the Northwest department, which already has 12 schools built by the Foundation. We are confident that it will train several future leaders and contribute to the development of Bassin Bleu,” declared Mrs. Josefa Gauthier, Non-Executive President of the Digicel Haiti Foundation.

Established on March 5th, 2007 at Thomazeau, the Digicel Haiti Foundation is a non-profit organisation that has chosen education as a priority. Through its programmes and various partnerships, every day more than 60,000 students attend one of the schools built by the Digicel Foundation throughout Haiti.