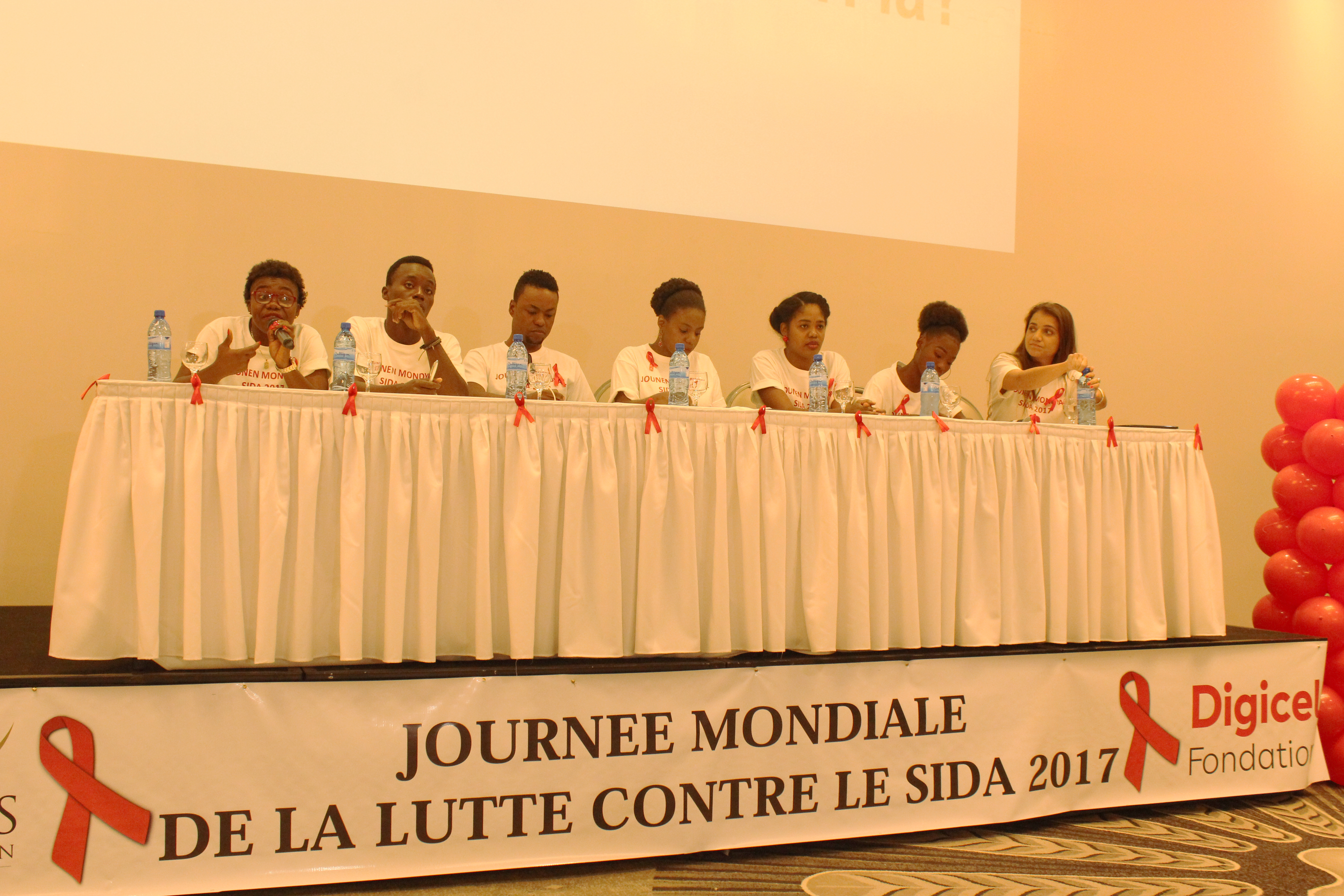 Friday December 1, 2017, Port-au-Prince, Haiti. – The Digicel Foundation and Caris International Foundation, one of its key partners, organized a conference for today at the Marriott Hôtel sis à Turgeau to bring together more than one hundred students from twelve schools in the capital for World AIDS Day.

To commemorate World AIDS day, the two foundations collaborated to organize a conference to discuss sensitive subjects such as sex, sexually-transmitted diseases, and drugs to raise awareness among young people on the importance of safe sexual behavior and various ways of protecting themselves regarding these topics, which are generally taboo in Haitian society; for this reason, young people often lack information in these areas.

Commenting on this event, Mrs. Sophia Stransky, Digicel Foundation’s Director, states that it is important, and even vital, to inform the greatest number of people about these illnesses so as to reduce the risk of transmission and better support people affected by the different viruses.

Caris Foundation International is a non-governmental organization based in Texas; its general mission is to help people living in poverty by addressing their basic needs. In Haiti, Caris is involved in care for orphans and vulnerable children infected and affected by HIV, raising HIV awareness, and providing health messages throughout the community. Caris is the recipient of USAID funding, granted to promote the successful conclusion of the BEST (Bien Et ak Sante Timoun) project, a comprehensive program for orphans and vulnerable children and their families. BEST activities include technical assistance for medical care of mothers and children affected by HIV and early start for infants born of infected mothers. BEST also tries to address the social health factors that weigh down the life of a person living with HIV. Caris has set up economic reinforcement programs for families of these orphans and vulnerable children, including savings groups and gardens for food production.