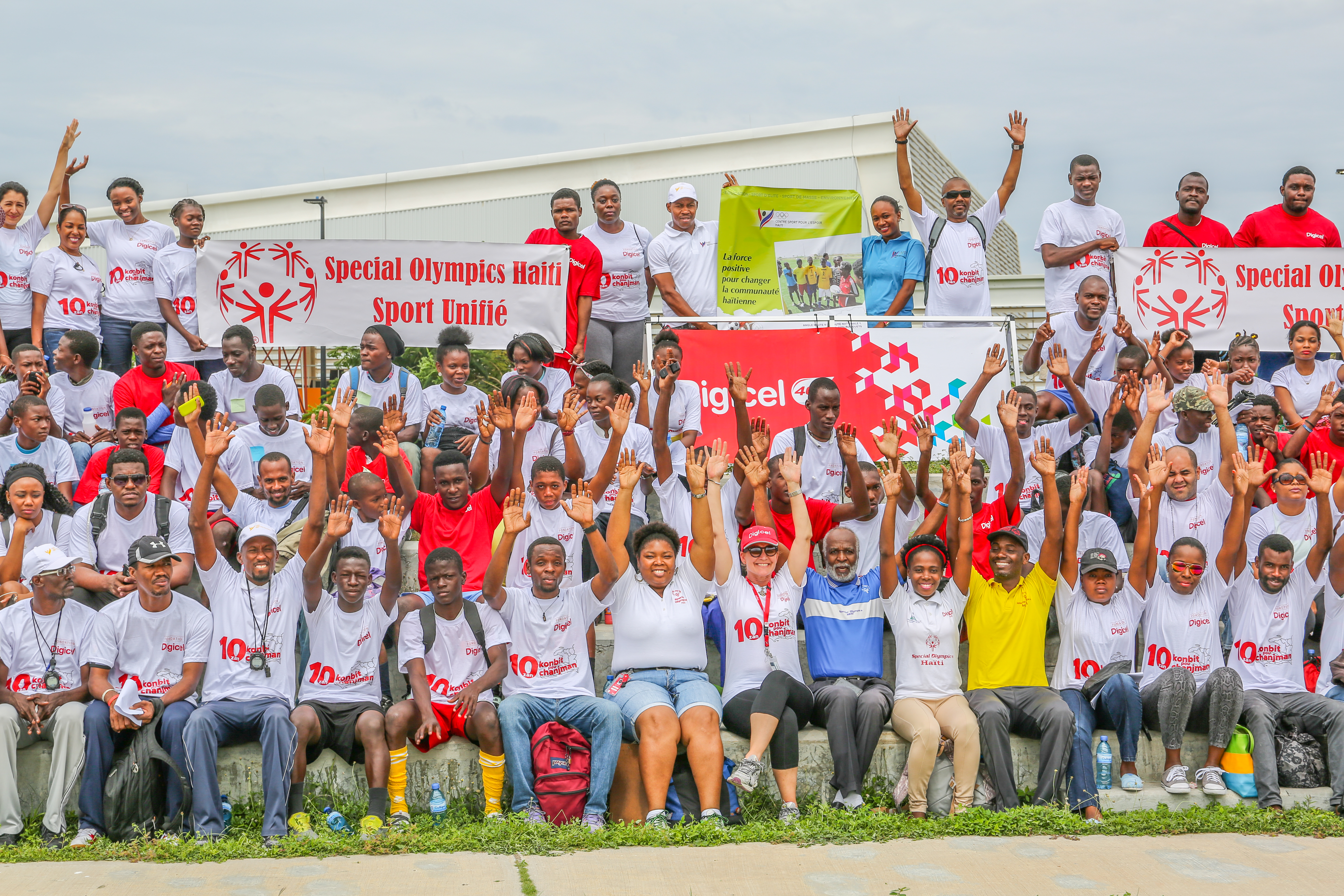 April 21, 2017 - Port-au-Prince, Haïti - The Digicel Foundation organized its first volunteer day of 2017 today at the Centre Sportif pour l’Espoir, located on Route 9, as part of its tenth anniversary celebration. The Digicel Foundation was launched in Haiti in 2007 and has since provided support to many communities in four major fields, including volunteer work. As soon as it began operations, Digicel decided it was important to make it possible for communities to benefit from both the Foundation’s financial support and from the teamwork and involvement of the company’s staff. As a result, Digicel employees receive one paid day each year for them to do volunteer work.

The tenth anniversary celebration continues throughout the year with the organization of several events. This event brought together fifty (50) children with special needs sponsored by “Special Olympics Haiti” and fifty (50) children living in the Canaan neighborhoods to take part in recreational activities with Digicel Foundation volunteers. Over fifty (50) Digicel employees participated in the fun, running on athletic tracks with the children, playing on the soccer fields and volleyball courts, and practicing table tennis.

The Foundation has provided financial support to Special Olympics Haiti for years and took the opportunity of this day to symbolically present a USD50,000 check to the organization. The contribution is a guarantee of the company’s commitment to promoting social inclusion and integration of persons with special needs.

In parallel, the “Konbit pou chanjman” campaign launched for the Foundation’s tenth anniversary continues to make progress. The campaign seeks to help communities reduce their vulnerability. The Foundation plans to fund 10 community projects, one per department, submitted by non-profit organizations, in the amount of USD10,000 each. For more information, visit the Foundation website at www.fondationdigicelhaiti.org.

In addition, the Digicel Foundation is pleased to announce the opening of its 172nd school. This school, located in Durissy in the 12th municipal section of Petit-Goâve, will open Tuesday, April 25th. The opening of École Notre Dame du Perpétuel Secours brings the Foundation a little closer to its goal of building 175 schools in 10 years. This school, built by the Foundation in 2007, has now been expanded with the addition of six new classrooms.