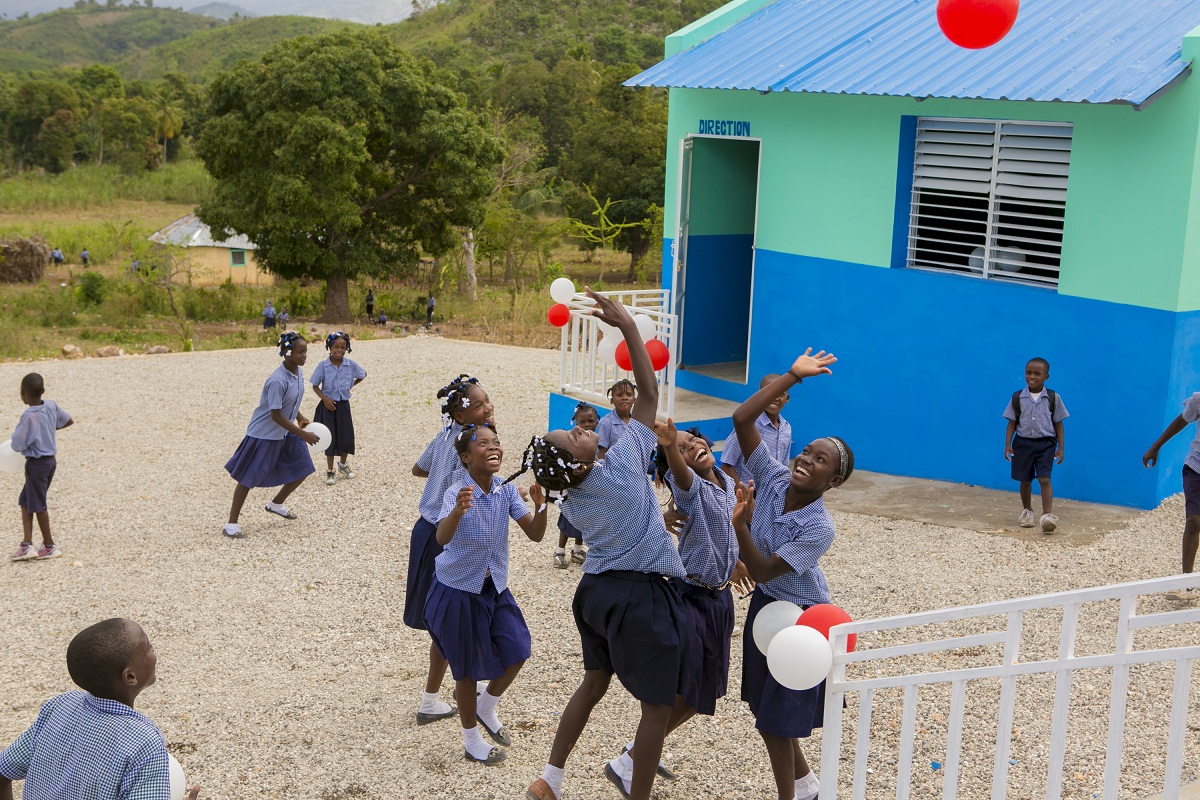 The Digicel Foundation proceeded with the inauguration of 8 schools during the month of February.   Five of the schools were built in partnership with the organization Zanmi Lassante (Partners in Health) in the Center department and one was built in collaboration with the Ministry of Education in the Nippes.

Two of the schools have six classrooms and each of the schools can accommodate up to 270 students.  The six other constructed schools have nine classrooms and can hold up to 405 pupils. The local beneficiaries were delighted with the new construction. Before, most schools were functioning in very precarious conditions under tents or inside wooden huts. The students present at the inaugurations demonstrated an immense pride in their new securely built classrooms meeting current earthquake and hurricane resistance standards. The Digicel Foundation is very happy to be getting closer to achieving its objective of constructing 150 schools by September 2014 and would also like to thank its partners for their collaboration along the way.