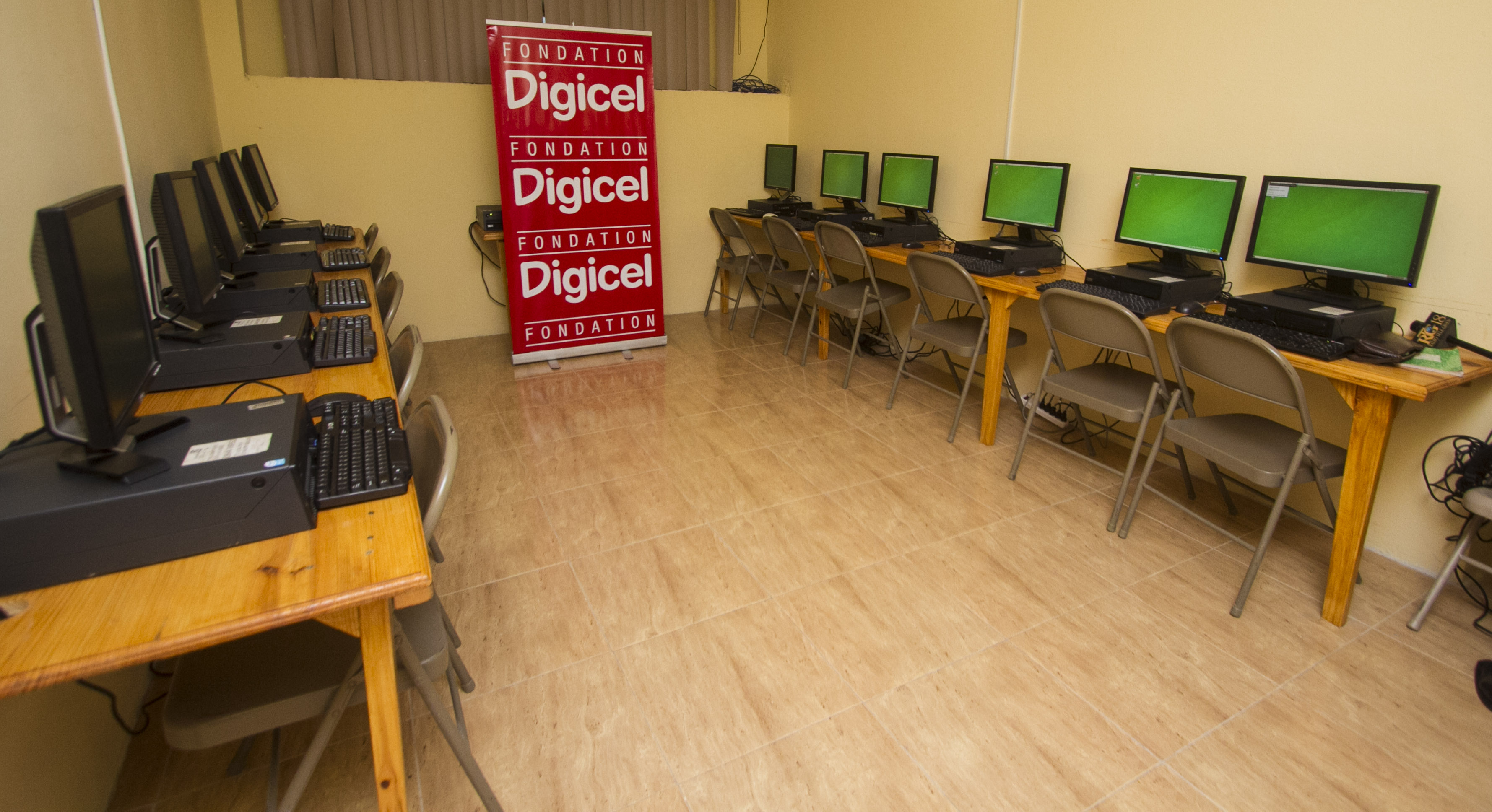 Wednesday, June 12th, 2013 - Port-au-Prince – HAITI – In its efforts to continue to build capacity of communities, the Digicel Foundation partnered with "Femmes en Démocratie" and Camara, an NGO, to launch the “Nap Vanse” in project which aims at empowering Haitian women through Information Technology and Communication (ITC).  This initiative exists within a network called the Women’s Platform for Action which aids members of more than 400 women organizations from all regions of the country in becoming involved in the reconstruction of Haiti. This project aims to install twelve IT centers throughout the country intended for the continuing education and professional development women in new technologies and to reinforce the networking of these women organizations.  The Miragoâne IT center is the project's second location to be inaugurated after the one in Port-au-Prince, located at the headquarters of "Femmes en Démocratie". These IT centers are equipped with 12 to 20 computers and installed with programming and software to help increase the beneficiaries’ knowledge. In addition, a one-year training will also be provided to the beneficiaries. This project aims at reaching more than 1,000 women per center, a total of 12,000 beneficiaries. Commenting on this inauguration, Yanick Louis, President of "Femmes en Démocratie" stated that: “The installation of these IT Centers constitutes a big step in Femme en Démocratie's fight for the emancipation of girls and women in Haiti. We firmly believe that the country's development can be achieved only through the capacity-building of Haitian women to be better educated and for them to be attentive players in the country's evolution”. “Making children's education its main priority, the Digicel Foundation spontaneously joined Femmes en Démocratie to finance this project which will contribute largely to the reinforcement of communities in Haiti. Women play an important role in society's development and the country will benefit even more if they are better educated and trained and are given the means of being more competitive on the job market” stated Sophia Stransky, Executive director of the Digicel Foundation. According to Ailish O' Reilly, Project Manager of Camara, the project's technical partner, announced: “Camara, whose objective is to break the circle of poverty through the use of new information technology and communications, is proud to bring its expertise to this project. There is no doubt how these centers will impact the beneficiaries, opening them onto the world”. The first 8 centers will be launched in the following areas: 4 in Port-au-Prince, 1 in Miragoâne, 1 in Marigot, 1 in Saint Marc and 1 with Port-de-Paix. The 4 others will be announced later on.

About Digicel Foundation Established on 5 March 2007 in Thomazeau, Digicel Haiti Foundation, a nonprofit organization, has chosen education as a priority sector. Through this program and its various partnerships, it supports the education of over 30,000 primary school students throughout Haiti. The Foundation is governed by an Executive Council of 14 members, all employees of Digicel. Please visit www.fondationdigicelhaiti.org, for more information on the Digicel Foundation. Contact : Marckens Armony Project & PR Manager marmony@digicelgroup.com Téléphone : 3700-7062