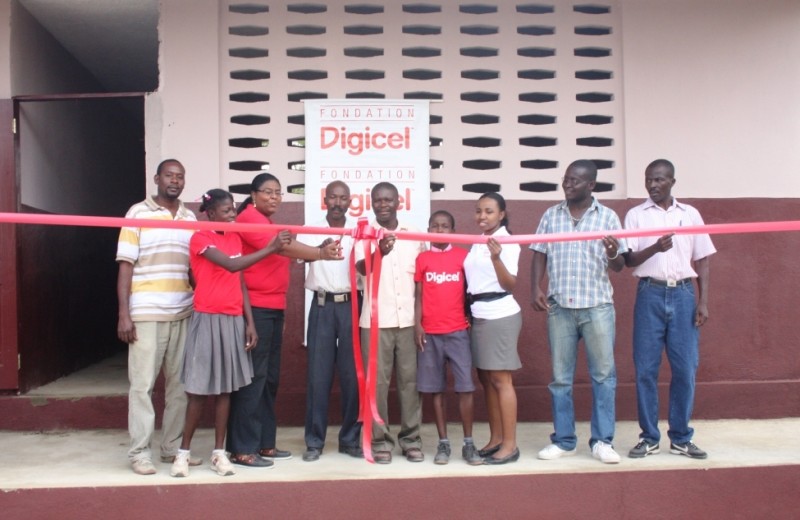 Name of the director: Pierre Wilson

To educate the maximum number of children in the community

To lower the level of unschooled children.

When Wilson Pierre was in 3rd year he realized that most of his friends were not going to school. He decided to open a small school named “Baptiste de Dilaine” because he is from the Baptist faith. Two years later the name was changed to Foundation Pierre to allow all denominations to participate in school there.

However he could not afford to continue running the school so he applied for authorization to the Ministry of Education and when successful they were then called l’’Ecole Communautaire de Bas- Dilaine.

On September the 4th 2007 while in Port-au-Prince, Mr. Pierre read in the newspaper that Madame Gauthier, DIGICEL, was presenting school bags to different children. He decided to send the history and needs of his school and ask for her support. He was successful.

Bassin Grand-Chemin is a national school working with a permit from the Ministry of Education. 405 students attend the school regularly, 191 boys and 156 girls and  6 teachers’ work at the school.

The parent’s committee is made up of 7 parents. It supports the administration and makes proposals for further development projects.

In 2007 the Foundation DIGICEL reconstructed and furnished the school. In 2008, the Foundation financially supported the payment and formation of the teachers.

The school is part of food program. It is supported by Catholic Relief Service, who feed the teachers and students every day of the school year.

The students are vaccinated by theMSPP.