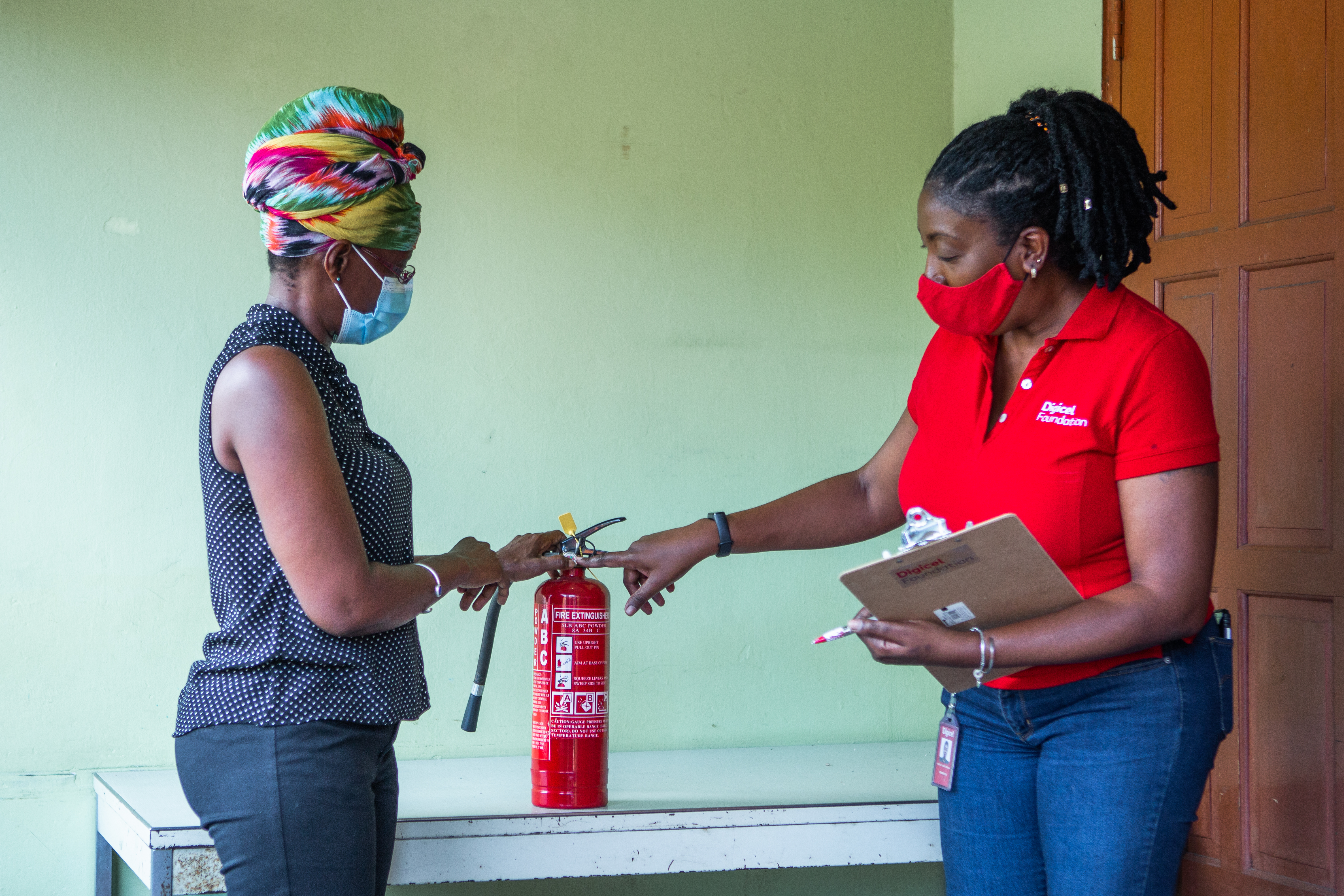 THURSDAY FEBRUARY 04, 2021: PORT OF SPAIN, TRINIDAD AND TOBAGO- Visits to two special needs schools in West Trinidad wrapped up a series of inspections conducted by the Digicel Foundation and the Trinidad and Tobago Fire Service. On January 21, both the New Beginnings School in Petit Valley and Wharton Patrick in St. Ann’s were inspected by Trinidad and Tobago Fire Officers Cooper, John and Joseph.

The educators in both schools have been exposed to capacity building in disaster preparedness under the Digicel Foundation’s Preparing you programme. They were taught that there are six critical areas which significantly contribute to increased fire and life safety hazards which include egress, electrical safety, storage and housekeeping, fire alarm systems, fire extinguishers and emergency lighting systems. The officers did a comprehensive tour of the facilities and even requested a live demo on the use of a fire extinguisher from Principal Phillis Griffith at the New Beginnings School in Petit Valley. Principal Griffith was also asked to jog her memory on what was the acronym taught on how to use a fire extinguisher.

Wharton Patrick School received a recommendation from the team regarding ‘hold hand rails” signs to be placed near the railings. Additionally, with the presence of ramps, it was noted these must be painted in yellow as a means of caution. Officer John tested ALL emergency lights installed to ensure they were working properly. Principals at both schools were reminded that they must pay close attention to servicing dates for extinguishers and alarm systems and also the importance of installing “muster point” signs.

Both facilities received a passing grade towards certification pending their submission of detailed Emergency Plans and Evacuation Drawings which will then be placed on file.