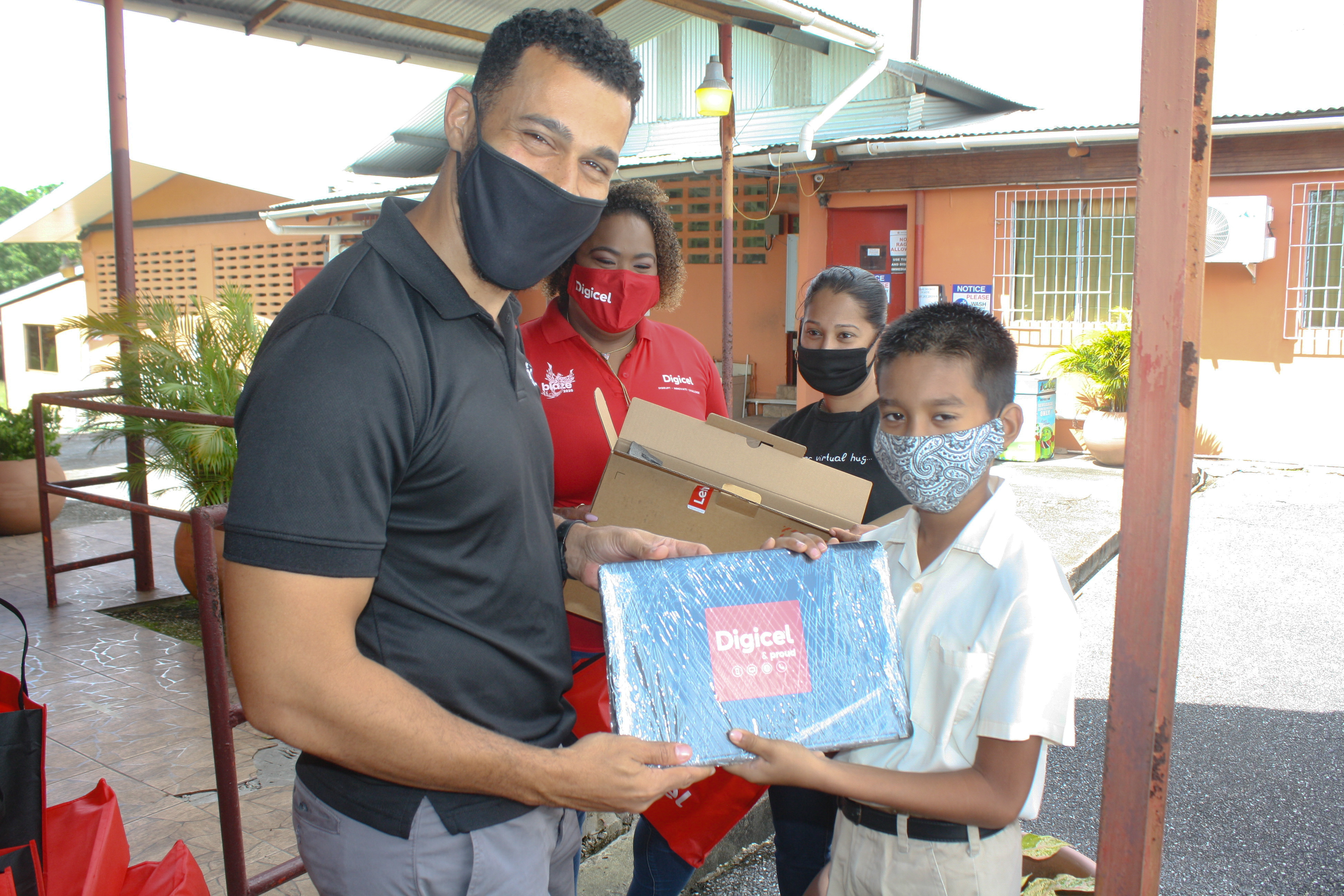 THURSDAY DECEMBER 03, 2020: PORT OF SPAIN, TRINIDAD AND TOBAGO- It was a busy day for the Digicel Foundation team as they embarked on a road trip through rural Trinidad to hand over laptops and tablets to four mainstream schools as part of the Adopt a School partnership with the Ministy of Education. The first stop was at the New Grant Government Primary School, followed by Robert Village Hindu School, Tableland Anglican Primary, and Rio Claro West Secondary School.

At Robert Village, Principal Shoba Maharaj, along with two students and their mothers were on hand to greet the team and receive the 43 laptops being donated by the Digicel Foundation. Mrs Maharaj was very happy for the help from the Foundation. “One of the students getting a laptop has five siblings and they all share two devices,” she revealed.

Rome, originally from Arima, was excited to accompany the Foundation Team on the journey to handover devices. As he presented two laptops to a form one student, he shared, “I’m really glad to be part of this program,” he said, “and I know the children will benefit from these devices and your hard work.”

After visiting the Robert Village Hindu School, the team went to the Tableland Anglican Primary and the Rio Claro West Secondary School, each of which received 13 devices, with New Grant Government Primary receiving 15 tablets.

Then, on November 24, the team visited North Eastern Trinidad, as Digicel Foundation Board Director, Guy Small, made the three-hour journey to the Toco RC School to deliver 20 tablets to Principal Sarah McKenzie. This school has 52 students, most coming from Toco, San Souci, and Cumana. One student and her grandmother were on site to receive her tablet. Principal McKenzie told Small, “We’ve been working hard with the students for their online learning, making sure they remain engaged with the learning process, but the challenges are significant. These tablets are going to make a big difference for them.”

Three more schools in south Trinidad are carded to get devices as part of the Foundation’s Connecting You phase II programme. Having partnered with the Ministry of Education’s “Adopt a School” initiative, the Digicel Foundation is trying to help students in every corner of Trinidad and Tobago.