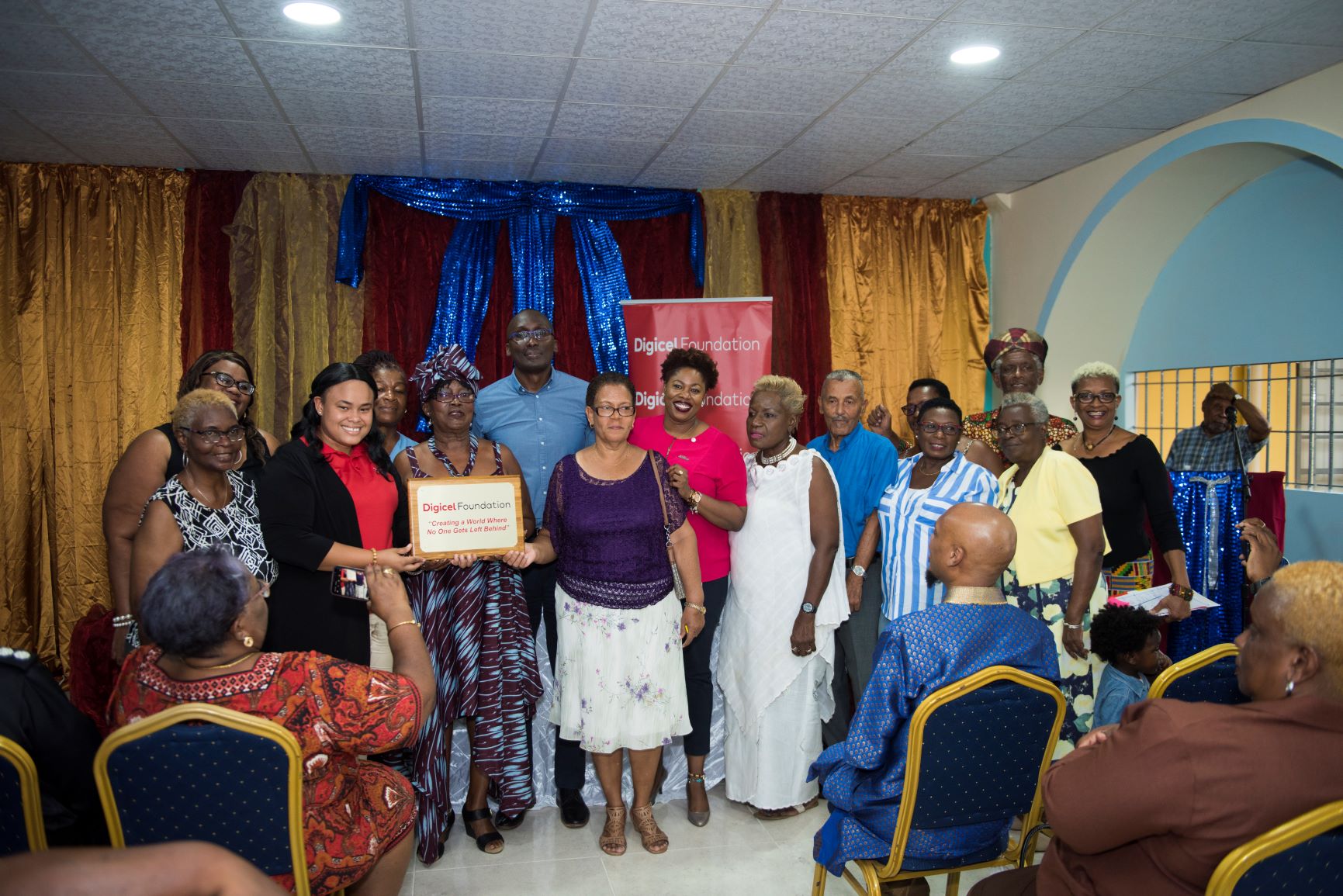 TUESDAYJANUARY 21, 2020:  PORT OF SPAIN, TRINIDAD AND TOBAGO –President of the Morvant Central Community Council (MCCC) Pamela Rochard heard of the huge impact that the Digicel Foundation EPIC Programme has made in communities throughout Trinidad and Tobago, and decided that her community “had to be part of it”. Ms. Rochard made the comment at the launch of the Morvant Central Community Complex which took place on Wednesday, January 15. The Digicel Foundation under its Extraordinary Projects Impacting Communities (EPIC) Programme partnered with the Morvant Central Community Council where they received the sum of US$5,000 to refurbish the former Morvant Health Centre, which will now be used as a Complex. This Complex is to be used to further empower members the community with an emphasis on youth.

Rhea Alves who brought remarks on behalf of the Member of Parliament (MP) Adrian Leonce for Laventille East Morvant said “today was definitely a huge accomplishment for the community after the building was left abandon in 2017, which had a negative impact on the community by putting an end to programmes held at the location.” MP Leonce played a major part of the project where he contributed towards the retiling of the newly refurbished complex.

The refurbishment entailed installation of lighting fixtures, toilets, doors, repainting of the building, electrical work and tiling.  With the completion of the project the residents of the Morvant now have a space where they can conduct various community activities such as; Youth Programmes in collaboration with Fire and Police; Senior Citizens Dance Class; Afterschool study such as remedial reading; Cooking classes and First Aid Training, to name a few.

Digicel Foundation Operations Manager Cindyann Currency who also grew up and resides inMorvant was in attendance and congratulated the MCCC for their resilience in recapturingthe spirit of the community. She added “the project fell within the Foundation’s mandate to create a world where no one gets left behind.”  Digicel Foundation presented the MCCC with 1 year’s free Digicel Home and Entertainment Fibre Broadband to help them further complement the digital needs of the community space.

EPIC was designed to deliver a series of small-scale community-based projects that have the potential to enhance indoor and outdoor spaces, and contribute towards the development of communities throughout Trinidad and Tobago.