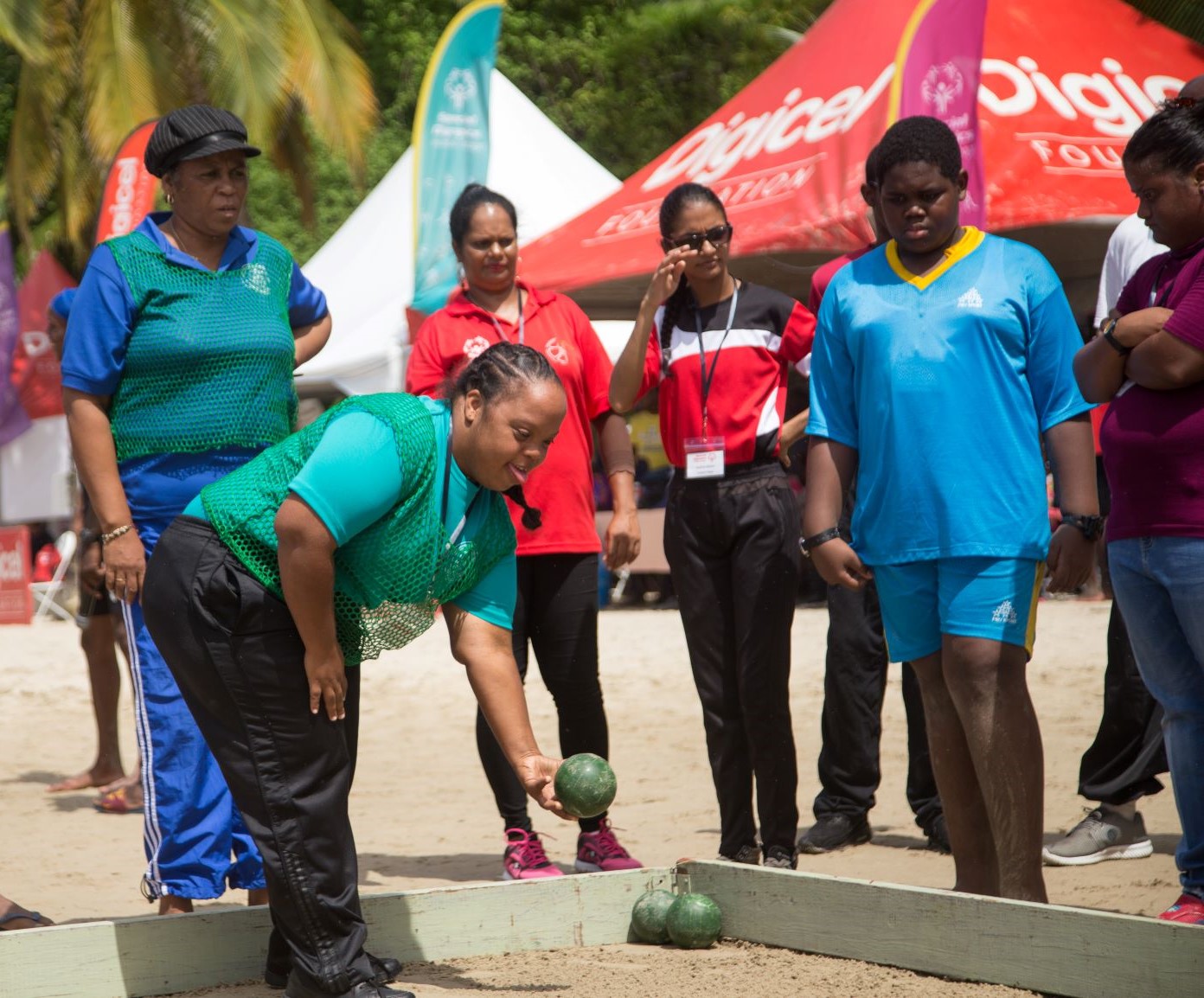 TUESDAY, OCTOBER 29, 2019:  PORT OF SPAIN, TRINIDAD AND TOBAGO – Excitement filled the air at Las Cuevas Beach on Sunday 20th October as over 175 athletes, coaches, officials, volunteers and relatives of the athletes gathered for the annual Special Olympics of Trinidad and Tobago (SOTT) Beach Games.

Family members came out in their numbers to support the local athletes as they competed alongside 20 regional athletes from five other Caribbean islands in the Open Water Swimming, Beach Volleyball, Athletics, Powerlifting, Beach Bocce, Beach Football and Beach Long-jump competitions. This year’s inclusion of other Caribbean athletes is a prelude for next year’s games, as SOTT seeks to explore the possibility of hosting the first ever Unified Caribbean Beach Games in Trinidad and Tobago.

Another significant feature of this year’s Beach Games was the attendance of Special Olympics Global Ambassador Bob Beamon. Mr. Bob Beamon currently holds the Olympic long-jump record of 29ft 2 inches. He visited  Trinidad and Tobago to celebrate his 51st undefeated anniversary with the SOTT officials and athletes. Mr. Beamon was accompanied by Special Olympic International (SOI) officials Kester Edwards, Anne McLindon, Scott and Mary Weaver, to observe the Beach Games. They also conducted a 2-day Unified Beach Games Workshop in preparation for the the Unified Caribbean Beach Games scheduled for 2020.

Officials of the Special Olympics Committee said there was an increase in the number of parents, volunteers and general public who turned out to support the Games. There was also a boost in support from organisations such as the Port of Spain Lions Club, the Lions Club of D'Abadie, the Beach Volleyball Federation, the Beach Football Association, the T&T Aquatics Association and the T&T Masters Athletics Association. Also in attendance at the Beach Games was Ms. Denise Arneaud and Mr. Patrice Charles, Deputy Permanent Secretary and Director of Physical Education and Sport in the Ministry of Sport & Youth Affairs, respectively.

The annual SOTT Beach Games is a collaboration between community clubs, mainstream national sporting organizations and Special Olympics (SO) athletes, which brings together athletes with intellectual disabilities and allows them to participate and showcase their skills in the various sports. As the only national multidiscipline beach sports event staged in the country, the 2019 SOTT Beach Games offered a demonstration of beach sports combined with adaptations of other sports that SOTT offers.

The Digicel Foundation continues to partner with Special Olympics Trinidad and Tobago to find innovative ways to advance the lives of persons with special needs and to advocate for greater inclusion.