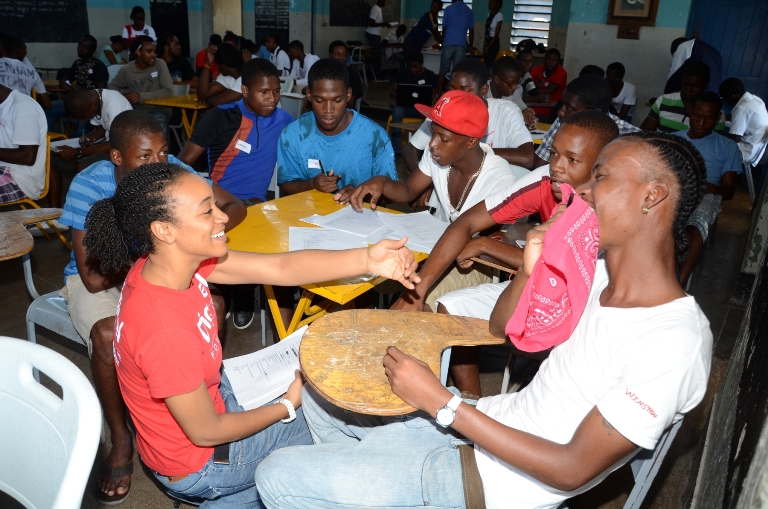 The Digicel Foundation Prince of Wales Community Peace Cup Initiative will host matches for the parishes of Manchester and Clarendon at Porus High School on Sunday, November 25. The Initiative is a joint effort of the Digicel Foundation and community group Beacons for Peace and Achievement (BPA). It is designed to promote peace, volunteerism and leadership through sports by targeting ‘at risk youths’, between the ages of 15 and 24 years. During the period August 2012 to January 2013, football competitions are being held across the country. To date, parish winners have been chosen for Westmoreland, St. Catherine, Kingston and St. Andrew. These winners were Beeston Spring, Cedar Grove, Stars of the East and Fire House Strikers respectively. Captains and Vice Captains representing these parishes as well as Hanover have already participated in numerous leadership developmental activities. On November 18, 2012, workshops will be held for teams in Clarendon and Manchester, at the Porus High School, “They are having fun while learning. We encourage them to act out scenarios as they relate to leadership styles”, notes Kerry-Ann Brainsford, President of Beacons of Peace and Achievement, “for example, during a match an incident occurred among team members and in resolving this, they used what they had learnt in the workshops.” The incentives for the winning team will include a cash award valued at J$300,000 and a trip to London. During this trip, the team will have the chance to train with the coaches of Chelsea Football Club – winners of the 2012 UEFA European Champions League. The winning team will also function as youth ambassadors for Jamaica while abroad. In executing the 2012 Prince of Wales Community Peace Cup, The Digicel Foundation has committed over $7 million to assist BPA. First implemented in the UK in 1994, BPA is an initiative of the London Metropolitan Black Police Association. “With this initiative we really wanted to find an effective way to target at risk young men,” notes Samantha Chantrelle, Executive Director of the Digicel Foundation. “Engaging them in a sport like football channels their energy in a positive and healthy way.” Other partners of this initiative include Ministry of Youth, the British High Commission, UNICEF and the Chelsea Football Club. Chief media partners are CVM, IRIE FM and the Gleaner. Associate media partners are KLAS and Roots FM.