Spent on Initiatives to Date 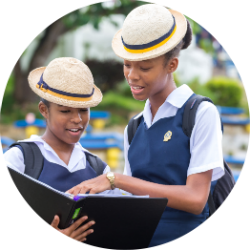 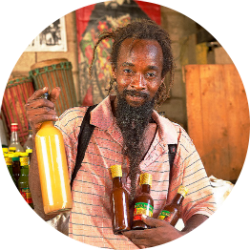 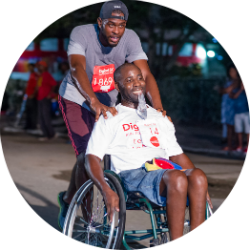 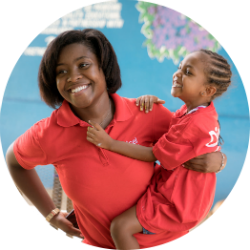 Full STEAM Ahead for Science Labs in Rural St Elizabeth

“We pray blessings for the Digicel Foundation”, said Clyde Evans, the principal at Bethlehem Moravian College, as he led members of the Digicel Foundation through the rows of the schools newly renovated Science lab on Wednesday, January 22. The Digicel Foundation provided funding to repair the building and outfit the lab with tables, stools, gas taps and plumbing fixtures. “The College has been struggling to get the funding for years,” said Evans. Bethlehem, a teachers college, has a large contingent of students on the Primary Education track – Science is a prerequisite for this certification. “Institutions that do well either have wealthy stakeholders or good corporate citizens behind them. The money from fees and the ministry is not enough. You either have to be good beggars or do without.” Now fully equipped, the College intends to introduce Secondary Education courses in Science. Digicel Foundation has been committed to promoting science education at the secondary and tertiary level for several years – a mission which has been in line with the businesses focus on innovation. In addition to the handover at Bethlehem, the Foundation brought STEAM to the cool hills of Watchwell with the opening of the Newell High School science lab on Wednesday. Electrified and Ready to Go At Newell “For years now we have had a Science lab that lacked the aura of a true lab. We didn’t have working gas lines and so we had to be making do,” said the acting head of the Science Department at Newell High School, Osseive Gentles. “Our staff is electrified and we’re so happy that the Digicel Foundation decided to undertake this project. We now have the facilities to show our students what science is all about.” Grade 11 student, Colin Powell was on hand to thank the Foundation on behalf of the students at Newell. He also thanked the teachers and staff who worked closely with the Digicel Foundation to put the lab in place. “The Science lab was in a state of disrepair. It was lacking chemicals and equipment, and the building was not suitable. We managed with the dedication of the teachers – if it wasn’t for them we wouldn’t have gotten this far in our studies,” said the soon-to-be graduate, who currently does Biology, Chemistry and Science. When he graduates from Newell, Powell intends to pursue his studies in teaching at the Bethlehem Moravian College. “Every job, from farming to being a doctor, is now calling for the use of science and technology in everyday practice,” said Cedric Morris, board director at the Digicel Foundation. “The Foundation has made a commitment to work with our institutions to create a world where no one is left behind – STEAM education is a crucial part of achieving this as it equips our students with the skills to be marketable in the digital era” For 2020, the Foundation has put out an islandwide call for proposals to establish its first Robotics programme. The Digicel Foundation and Digicel Jamaica are committed to going digital in this tech-driven era. In 2019, Digicel Jamaica supported members of the Jamaica College robotics team as they participated in the FIRST Tech Challenge National Robotics Championships in Houston, Texas. The Foundation hopes that this pilot programme will prepare young minds for the evolving work force. The proposal deadline is January 27 and is open to educational institutions.

The Banks of the Hope Foundation which was founded by Jeffrey Campbell, better known as Agent Sasco, will be making extraordinary improvements to the way climate change is managed in the Kintyre District of St Andrew. The initiative, which includes a rain water catchment system for the Kintyre Community Centre will be funded by the Digicel Foundation as a part of a grant programme with The Queen’s Young Leaders Programme, which supports exceptional young people from across the Commonwealth. In addition to supporting the Kintyre Community Centre, Agent Sasco will also be lending a musical hand to the Hope Valley Experimental School to establish a social enterprise centred around music. The Music Enterprise Programme will benefit students interested in the creative arts by providing access to a music room, while also creating a source of income for the school through rentals for concerts. Chairperson of the Digicel Foundation, Jean Lowrie-Chin, and newly appointed board director, Danielle Stiebel-Johnson, signed an agreement with Agent Sasco to provide grant funding for the rainwater catchment system and retrofitting of the music room.