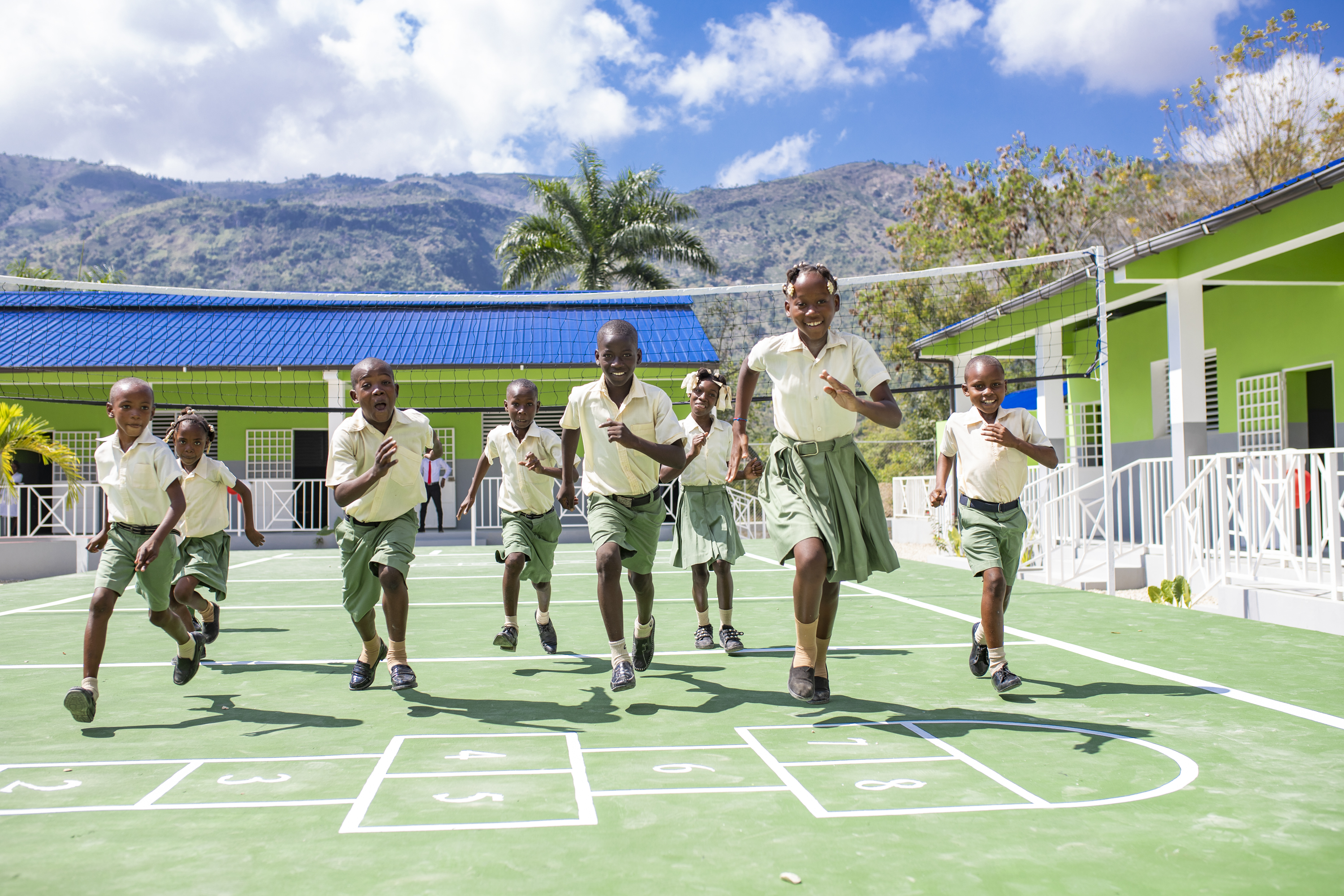 Education needs continuous investment and requires the involvement of all of society. The Digicel Foundation has been responding positively to this call, for 14 years now, by providing thousands of children with spaces conducive to learning. Concerned also about the quality of education provided in these establishments, the Foundation has trained more than 1,700 teachers and school directors and through its PARSSCEQ program, it promotes the involvement of the community in the management of schools in order to make them sustainable.

Inaugurated on March 18, Ecole Communautaire de la Ruche, located in Lascahobas, benefited from the construction of 11 classrooms, an administration, a sanitary block, a depot, a kitchen, two multi-purpose courts and a perimeter wall. The school is supported by Sommets Education (Zanmi Lasante), an institution working to strengthen the education sector in rural parts of Haiti, for whom the Digicel Foundation has already built 21 schools in the Center department. "We have schools where we have to walk for almost 8 hours to access them and they are built by the Digicel Foundation, it is extraordinary" says Marie Flore Lafontant Chipps, Head of Sommets Education. In addition, to be noted was the presence of the Minister of Education, Pierre Agénor Cadet, at the ceremony who affirmed `` this is a good example for other companies to follow.  Undoubtedly, it would make achieving the country's objectives easier in terms of 'access to education, especially since these schools are located in disadvantaged areas where state services are lacking.' '

Considered as one of the oldest schools in Ravine Sable, College Frères Unis serves approximately 500 students from this community. Parents, public figures, and students were present on March 24 for the inauguration of 4 new classrooms, an IT room, an administrative office, a sanitary block, as well as the renovation of previously constructed buildings.  This 184th construction was carried out upon Hope For Haiti’s request, an organization which has been working in the country for more than 20 years and which shares the vision of the Digicel Foundation with regard to education.

To close this series of school launches, the Digicel Foundation in the presence of a very involved community, proceeded with the inauguration of the new premises of Ecole Presbytérale de Poirier that has nine classrooms, an administration, a sanitation block, a reservoir and a perimeter wall. The school operates under the aegis of the Congregation of the Holy Spirit in Haiti for which the Foundation has already built two schools including the launch of the construction of the Petit Séminaire Collège Saint Martial. It is a new beginning for these students who, with a common voice, thanked the representatives of the Foundation while promising them to keep the space clean and to improve their academic performance.

“With each new inauguration, we return to our offices with the feeling that a step has been taken in the right direction. We are aware that the number of children without access to education in optimal conditions remains considerable in Haiti. However, already more than 60,000 students attend a school constructed by the Digicel Foundation and we are determined to continue to grow this number.  The US $ 1,112,732 invested in the construction of these three schools is made possible by our Digicel customers and each of them should be proud of their noble contributions "Says Sophia Stransky, CEO of the Digicel Foundation.