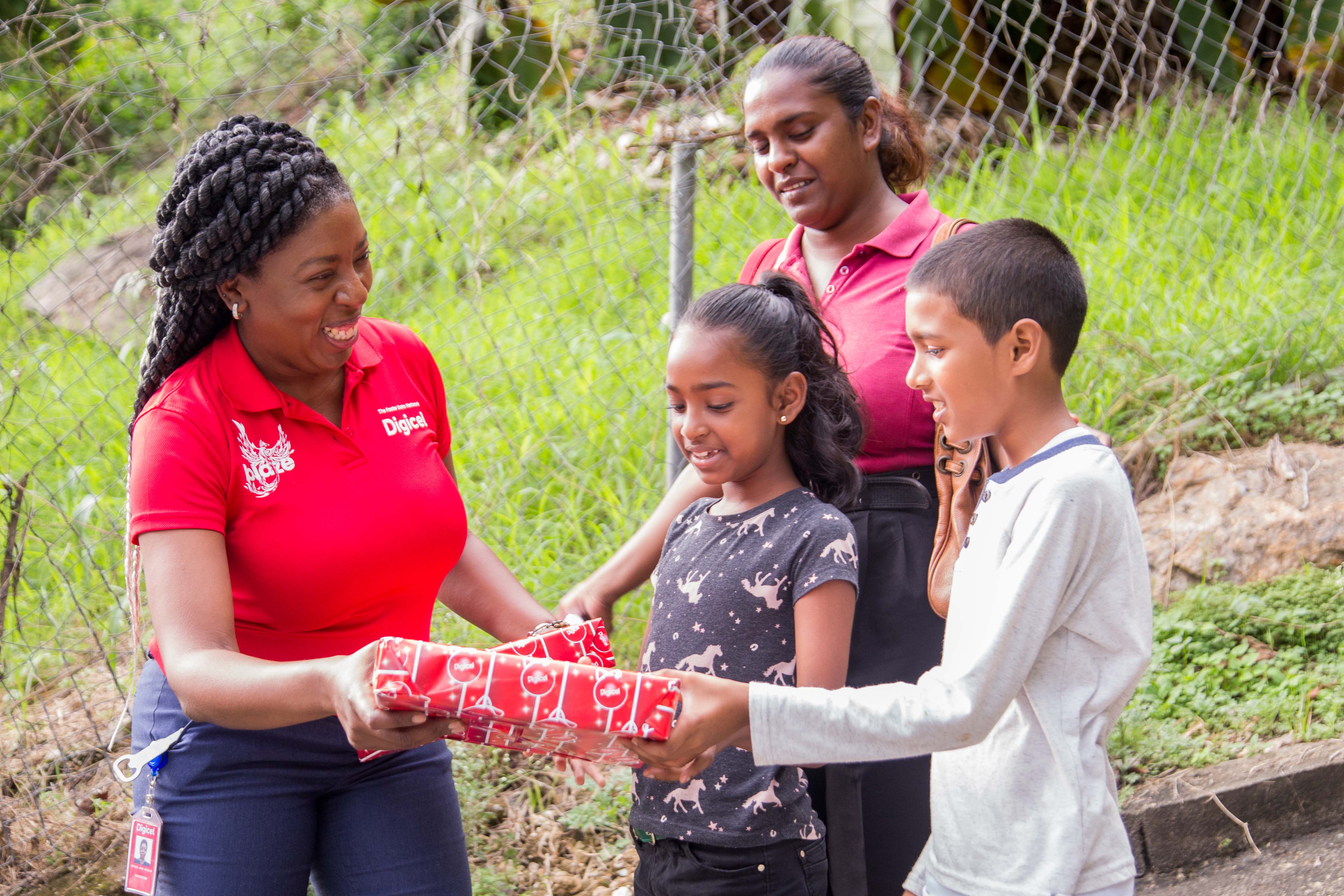 TUESDAY DECEMBER 24, 2019:  PORT OF SPAIN, TRINIDAD AND TOBAGO –The hearts of 65 families in dire need have been touched by the generosity of fellow citizens through the Digicel Foundation ‘Moments Are Better Shared’ initiative.

The heart-warming three-week campaign launched on November 27 received a whopping 569 applications from kind-hearted well-wishers who wanted to share joyful moments during the festive season.  This left the Digicel Foundation team with the unenviable task of short listing the submissions.

One particular anecdote struck a chord with the Foundation team. It was the case, which came in from a Primary School teacher in Arima, who nominated the P family.  Tragedy struck the family a few weeks ago when the father fell ill and slipped into a coma.  As the breadwinner, this put an emotional and financial strain on the family.  The Foundation stepped in shared a gift of grocery vouchers and presents for the children, to help ease their worry in this critical time.

Other Moments Are Better Shared stories included Sean B and his family of nine who fell on hard times.  A relative nominated Sean to receive some Christmas cheer during this joyful season. The family received grocery vouchers, a Christmas tree, and toys for the children, a new refrigerator and a bedroom closet, from the Foundation.   A tearful Mrs. B expressed her gratitude for the generosity.  She added, “We know there are a lot of people in need and we are so thankful to have received such a blessing, we will never forget you.”

Kavita M was nominated through the single mother’s association from her church.  As a single parent she takes care of her two children and her 5 nieces and nephews. She was presented by the Digicel Foundation team with a grocery voucher and presents for the children.

Ten families were selected to share their stories via social media, as a way to encourage and inspire others.

Penny Gomez CEO, Digicel Foundation stated, “working on this initiative has been overwhelming.  We are blown away with the public’s response to the initiative and applaud everyone who nominated a family.” Gomez continued,   “While we could not attend to every application, our team is so happy to have been able to help over 60 families throughout Trinidad and Tobago.   This is the essence of life, and Christmas reminds us to find ways to be of service to others.”

The Digicel Foundation spent TT$168,000, which benefitted 65 families throughout Trinidad and Tobago. The Moments Are Better Shared campaign application process closed off on December 17.